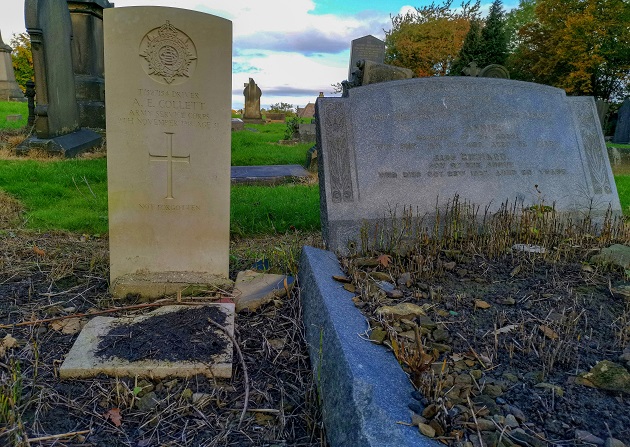 Seventeen I was able to find headstones, the only address I could find was that of W H Sigsworth, husband of Emily Sigsworth, of 17, Victoria Road, Kirkstall Lane, Kirkstall.

A week or so ago I thought it might be a good idea to take a photo of all the World War One graves in West Leeds.

It soon became clear I would need to narrow it down to get it done in the time I had.

Some WW1 war graves have private headstones which meant I would have had to look at all the graves in West Leeds, which I did not have time for but I’m sure I will get around to.