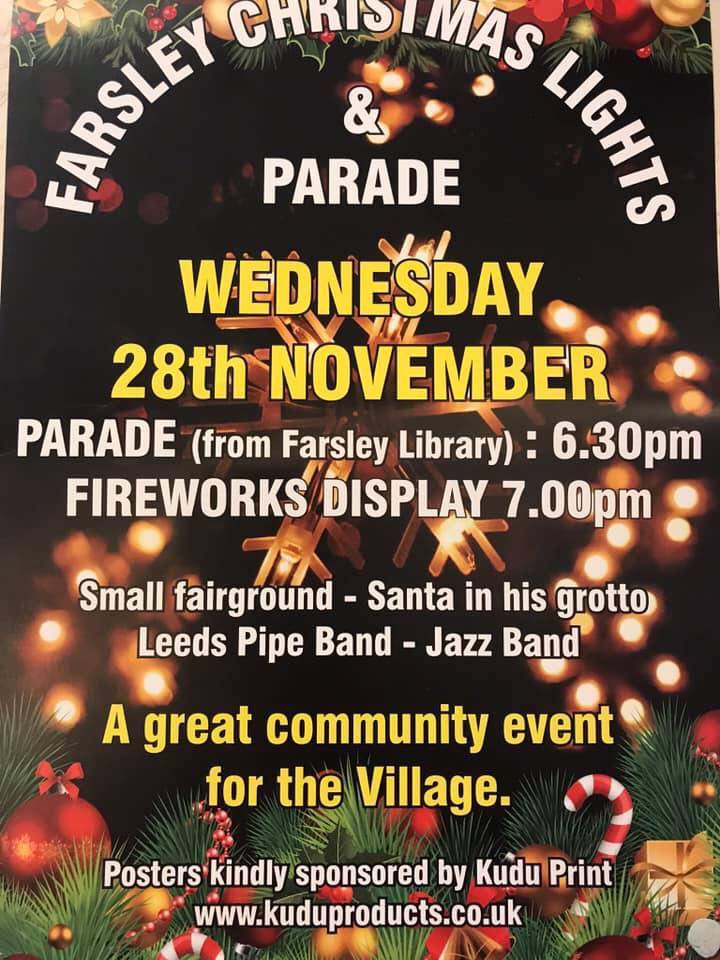 Farsley Christmas Lights will be switched on following the annual parade through the village on Wednesday, 28 November.

The parade leaves Farsley Library at 6.30pm. The lights will be switched on at 7pm, followed immediately by a fireworks display.

Attractions include a small fairground, Santa in his grotto and bands including Leeds Pipe Band and a jazz band.

Switch on will be carried out by Charlotte Heap, who was Farsley’s finalist in the Leeds Children’s Mayor election earlier this year.

A special Christmas lights market will be held by Farsley Farmers Market, starting at 6.30pm through to 8.15pm.

Farsley Town Street will be closed between 6pm and 8pm to through traffic. 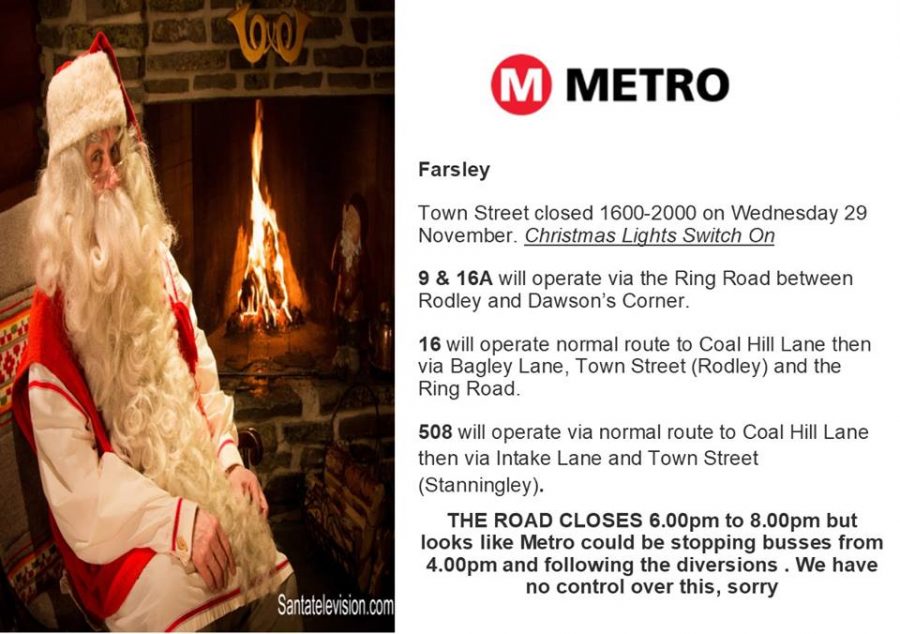