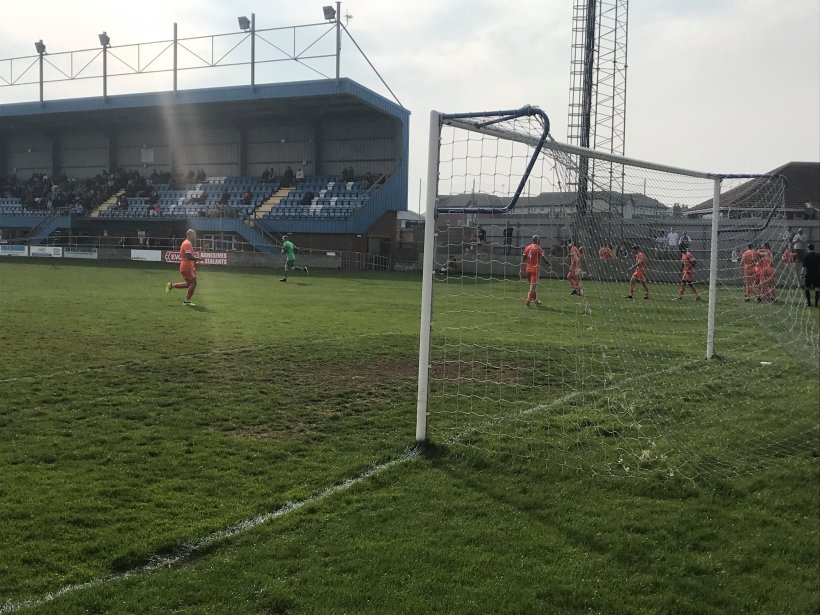 Goals from Will Hayhurst and Nathan Cartman in either half were enough to take all three points against a Whitby side who rarely troubled the Celts’ defence, writes Thomas Ritchie.

The game – along with rivals’ South Shields securing a 95th-minute win – leaves Farsley needing just a point from their final home game against Marine next Saturday to win promotion as champions.

Adam Lakeland was delighted with the response following Saturday’s draw against Hyde, as he said:

“It was a tough game on a hot day with another bumpy pitch.

“I thought we started the game very well, we took the lead through an unbelievable strike from Will (Hayhurst), and then I didn’t think it was a great spectacle. Maybe a bit of fatigue set in for both sets of players.

“We felt after not winning the game on Saturday that it probably would go to next weekend. We came very, very close to getting it done today but the gods weren’t on our side again, but hopefully they will be next week.”

Farsley started the game on the front foot and Whitby shot-stopper Jack Norton was twice forced into action, first saving from Ben Atkinson before denying Jimmy Spencer after good work from Nathan Cartman.

The Celts struck after 17 minutes through Will Hayhurst, who capitalised on Cartman being brought down, as he curled a stunning free-kick into the top corner from 20-yards out.

The hosts began to grab a foothold in midfield, and came close through Connor Smith who got free at the back post, but could only head wide.

Luke Parkin then came inches away from doubling Farsley’s lead, as Will Hayhurst’s corner was cleared only as far as Parkin, who saw his effort from the edge of the box float agonisingly wide of the upright.

Just after the hour mark Whitby threatened the Farsley goal when Ash Coffey played through Adam Gell, however Kyle Trenerry was sharply off his line to save at the midfielder’s feet.

Nathan Cartman was then on hand to score for the fifth consecutive league game, latching onto the end of Hayhurst’s low free-kick and turning the ball home off the inside of the post.

The Celts almost rounded off the win in style, as Ben Atkinson picked out Jimmy Spencer who saw his searing volley superbly saved by Jack Norton.

However, Whitby rarely posed a threat in the remaining minutes and Adam Lakeland’s side confidently saw out the rest of the game, leaving Farsley in control of their own destiny heading into the final weekend. 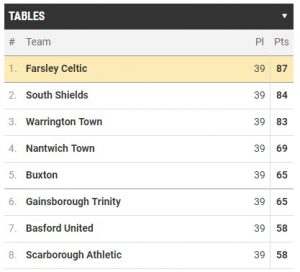