Alice Porter was born in Stanningley in 1887. She lived at 9 Eastwood Buildings, just off Stanningley Road – roughly where the Jet Petrol Station is now, writes Mark Stevenson. 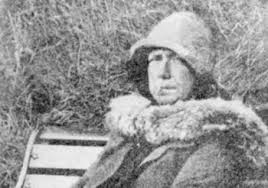 She started work at 12 years of age and by the time she was 13 Alice was working full time in a mill earning around 3 shillings a week.

In 1905 Alice met and married James Richard Hartley. She was to spend the next 12 years married to him, having six children.

Alice moved in with her parents in Kirkstall and tried various jobs, one including going into service in Headingley. When Alice was 38, she decided to completely change her lifestyle by becoming a vagabond and living on the streets.

Alice would often make a nuisance of herself on the streets of Leeds. She would ask people for a cigarette, her favourite been a Woodbine and if you did not give her one you would get a mouthful from her.

This earned her the name Woodbine Lizzie. Alice died in 1947 in Stanley Royds Hospital in Wakefield.