In the latest Mark’s History column, MARK STEVENSON looks at the history of St Stephen’s in Kirkstall, and its connections with a Fulneck School pupil who championed workers’ rights…

The parish church of St Stephen’s, Kirkstall, was consecrated on 25th September 1829 and was designed by Robert Chantrell, who also designed Leeds Parish Church.

St Stephen’s has been much altered over the years. Part of those alterations in 1894 led to the construction of the Oastler Vault.

Richard Oastler was born in St Peter’s Square Leeds in 1789. As a child he attended Fulneck Moravian School.

At the age of 18 he became interested in the political scene and spent most of his adult life fighting for workers and childrens rights. 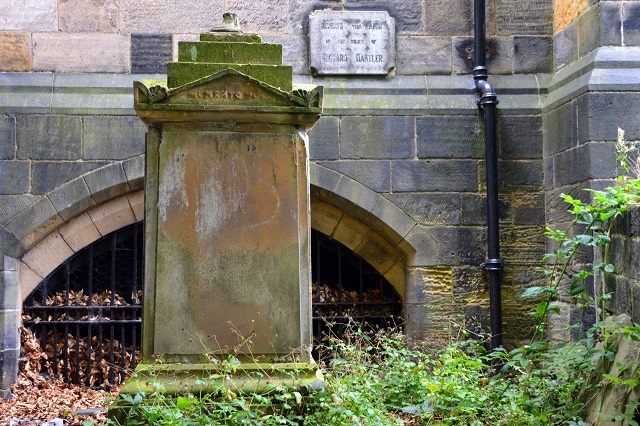 Most famously he fought for the “10 Hours Act” which limited the shifts of women and children to 10 hours a day.

To kickstart his campaign against children’s working conditions, Oastler wrote a letter to the Leeds Mercury which was headlined ‘Yorkshire Slavery’. The letter did not go down well with the local mill owners, but Oastler proved to be an inspirational speaker and this earned him the nickname ‘The Factory King’.

Oastler was imprisoned for debt in the Fleet prison in London. His supporters campaigned successfully for his release and in 1844 he returned to Huddersfield and continued his campaign.

Oastler died in 1861 in Harrogate.  He was buried in the family vault at St. Stephen’s Church, Kirkstall. He had asked for a simple and private funeral, but many of his old Short Time comrades attended and, at their insistence, the coffin was carried by 12 factory workers.