Life after drink and drugs: “I’ve learned to live again”

Walking past the beautiful old chapel building just off Burley Road you wouldn’t realise that inside lies a lifeline rehabilitation service used by hundreds of people.

Five Ways is a place for people in recovery from alcohol and drug addiction and those who are coming to the end of their treatment. Run by drug and alcohol service Forward Leeds, it provides a safe and comfortable environment for people to gain support, advice and guidance.

It takes its name from the five steps people can take to improve their mental well-being, including connecting with other people, being active and exercising, learning, giving to others and being mindful.

West Leeds Dispatch caught up with some of the people using it.

One middle aged man tells the story of how he came to become a drug addict – and how Five Ways has turned his life around. He says:

“I’d be dead now if it wasn’t for this place. Seriously, I’d be six feet under, I’ve really learned to live again. They’ve helped me feel like I have some self worth and helped to steer me away from drugs.

“I’ve started listening to people, which I never used to do and that’s all thanks to the classes I attended here. I always knew better and that’s what landed me in trouble. I’ve learned how to cope with life situations without turning to drugs when life gets difficult.

“People don’t believe you but what happened to me – falling on hard time, getting in with wrong crowd and turning to substances to cope – can happen to anyone. I’m unemployed but you get people of all backgrounds here, you’d be surprised.”

His comments are echoed by another man – a recovering alcoholic – in his early 30s. He said 5 Ways was an outlet for him if he felt desperate:

“Before I came here I would not talk to anybody. Communication was a big problem. I’ve joined the gardening group and I enjoy going up to the allotment and just getting lost in nature for a few hours and it helps to have other people there who’ve been through what I’ve there.”

One woman waxes lyrical about the book club – it’s introduced her to new ideas and avenues that she would never have thought about before:

“I meet other people and it keeps me occupied. I’ll never stop coming here. Never. I’d be lost without the place – there’s that level of support you receive from the workers and the other people who are here. It’s a special community in itself. Without this place I’d still be drinking, no doubt.”

Another talks about how they turned to drink after a marriage split:

“I’d never been a heavy drinker then we split up and I started to like a drink. That became a habit and I couldn’t stop. You often don’t realise it’s becoming a problem, it kinda crept up on me and my family was suffering, I nearly lost my house.”

The point is people from all backgrounds come here – everyone from solicitors and teachers through to the unemployed. One thing you learn early on is that there’s no such things as an archetypal addict or alcoholic – it’s something that can affect anyone at any stage of their life.

People are referred to Five Ways after receiving support for their addiction at Forward Leeds’ frontline addiction services in Armley, the city centre and East Leeds.

Five Ways is an informal and welcoming space where individuals can choose their own courses and activities and plan their own recovery journeys based on what they prefer and not someone else’s idea of what they need.

It offers a wide range of activities and structured group work for those in recovery, including guitar lessons, yoga, an IT suite, a gardening group and more. Service users have recently built their own decking area on top of the building.

Dedicated workers help people in recovery to design a variety of supports, opportunities and information to help them realise their potential. And the service works with other service providers such as colleges to give service users the chance to learn new skills. 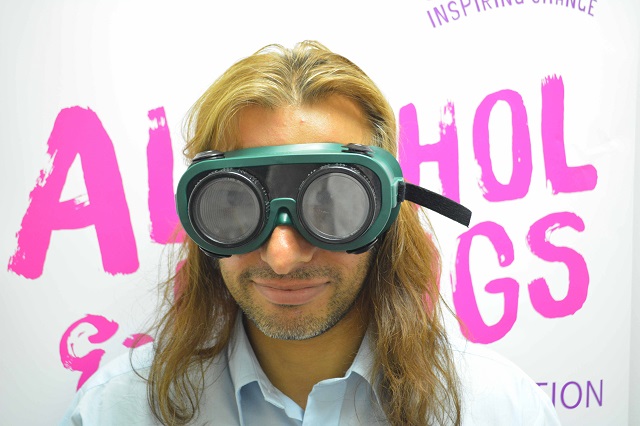 Forward Leeds is opening its doors for people to come and see for themselves what goes on at an alcohol and drug service with an Open House event in Armley.

Visitors will get a chance to tour their premises and chat with heads of all the different areas of Forward Leeds including harm reduction, detox teams, early intervention and Young Persons. Visitors can also try playing darts wearing “beer goggles”.

“The idea is to enable people to better understand addiction and to see how it can affect anyone.

“The idea is to demystify what happens inside an alcohol and drug service, bust some of the myths and let people see the real side of what we do. Perhaps they’ll get a better idea of how Forward Leeds helps the local community.”

As well as a guided tour of Forward Leeds at Armley Park Court, visitors will have the opportunity to hear a talk on the Forward Leeds model from Executive Director Anna Headley.

You can reserve a free place here.

Forward Leeds has three hubs across Leeds in Armley, Seacroft and the city centre as well as Five Ways, a hub for those in recovery.