Armley Hall was built sometime in the 1400s and demolished in the 1960s when the council got their hands on it writes Mark Stevenson.

The Hall was at the top of Dodgson Lane, a stone’s throw from where Armley Prison is now.

In the 1680s the Hall was reduced in size by 26 rooms so the Hall and grounds may have had a larger footprint than the oldest OS Maps show.

I say this because if you look on Google Maps you can see strange markings in what was then open countryside but is now a park. The Hall is long gone and so is Dodgson Lane, as it is now called Oak Road, possibly named after the hotel that was at the bottom of it around the 1880s.

I went down to the park on Oak Road to see if there was anything of interest to do with Armley Hall. Whether there was or not I still do not know because I did not even get into the park before I got sidetracked and ran out of time.

The reason for me getting sidetracked was some graffiti chiselled into the wall of the park done by children some years ago. 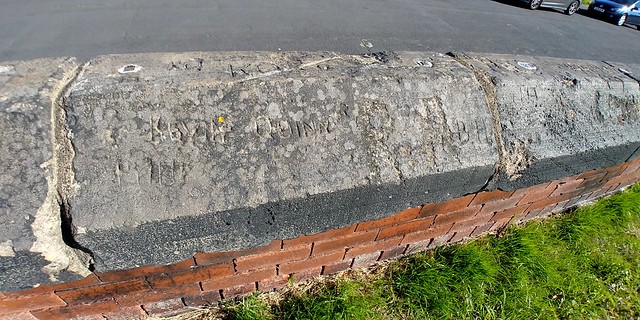 If you look closely you can see their names some declaring their love for their boy/girlfriend of the time. Would be interesting to hear if anyone recognised any of the names and could put a date to them 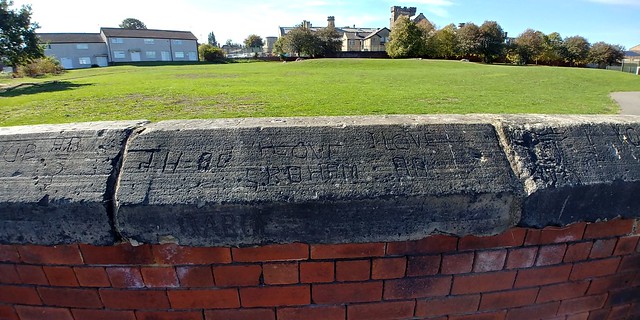