The monks of Kirkstall Abbey may well have built bridges on this site but regardless of who the builders were the bridge had become unusable by 1616, writes Mark Stevenson.

It was decided that the builder John Philip would construct a new bridge.

This would be no easy task as both banks of the river needed a lot of work doing to them, with 340 piles being driven into the river bed and 17,000 arch stones needed for the construction of the bridge. The bridge was completed in 1619 at a cost of £132 16s 8d.

In 1643 Thomas Fairfax and his Parliamentary Army decided that they would retake Leeds from the Royalists. The Royalists were having none of this and broke the bridge, forcing Fairfax to use the bridge at Apperley Bridge further up the river. 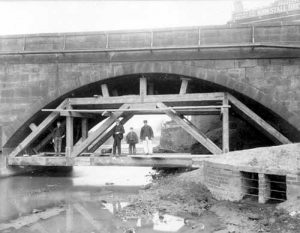 After the Civil War the bridge was rebuilt, but by 1779 the bridge was not fit for purpose and had to be repaired and widened. They muddled through until in 1906. A three-tonne limit was imposed but this did little to help and it was decided to pull the whole thing down and start again. 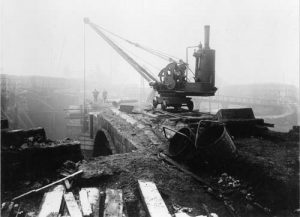 The bridge you see today was opened in 1912 by Francis Martineau Lupton (his daughter Olive is the great grandmother of Catherine, Duchess of Cambridge). The Ironwork is by John Butler of Stanningley. 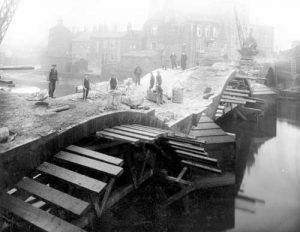