The new Kirkstall Bridge Shopping Park opened on Friday – but reaction has been mixed.

Stores already open at the £40 million centre include an M&S Foodhall, JD Sports, Home Bargains, Outfit and Costa. A Pets at Home is set to open this week and more shops are due to open during coming weeks and months. 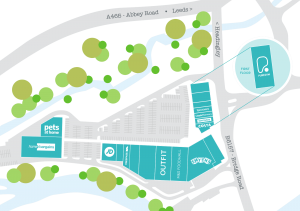 The latest chains to sign up at the park include Smyths Toy Superstore and Specsavers, which will both open in early 2016.

But there is much concern on social networking site Twitter about the extra traffic the new development may be generating in an already congested area. Here’s some reaction we’ve curated …

Check out our post: Five things we already know about the new Kirkstall Bridge Shopping Park.