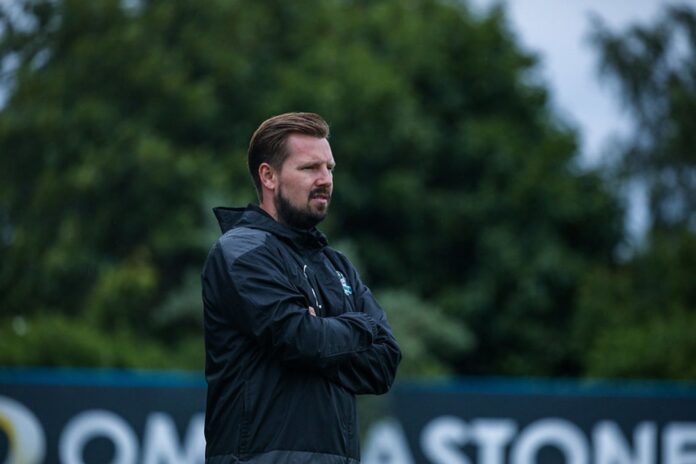 Farsley Celtic have confirmed that manager Adam Lakeland has departed the club for Curzon Ashton.

Adam Lakeland, alongside assistant manager Mark Bett, presided over an incredibly successful period for the club, winning the West Riding County Cup in their first season, before then winning the Northern Premier League title in 2018/19 to return the club to the National League North.

“Adam has made the decision to move to Curzon Ashton for a fresh challenge, and I would like to place on record mine and the club’s genuine thanks and gratitude to Adam for all his hard work and efforts with the club over the last four years.

“Adam has worked tirelessly to build a successful squad and progress the club into a stronger position than it was in when he took over four years ago.

“The Board and I would like to wish Adam all the best at Curzon Ashton.

“Also departing the club is Mark Bett, who had two successful spells at the club as a player before joining as Adam’s assistant, and we would like to thank him for all his efforts, and the Board and I wish him all the best in his next chapter.”

Adam Lakeland, 36, spoke to club media about his frustrations after last night’s 3-0 defeat at Leamington:

Under 23s and Academy Manager Neil Ross will take charge of the side for this weekend’s trip to Chorley.

The club is now inviting applicants for the vacant position of First Team Manager, and those interested should send applications by e-mail, with an attached CV, to jgreaves@farsleyceltic.com.