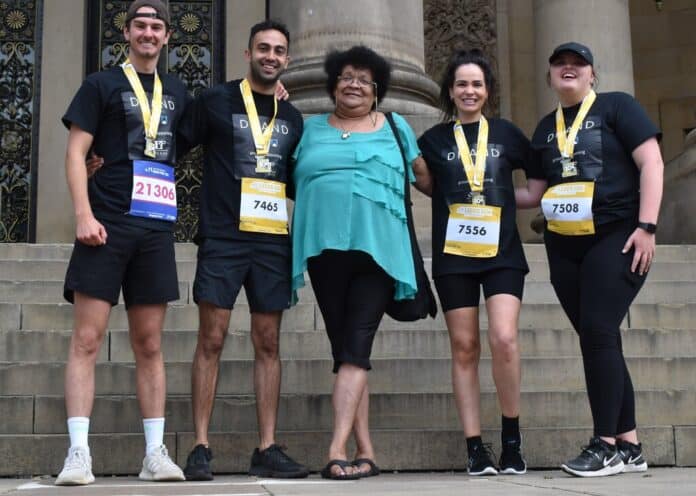 A company with a commitment to building better businesses in West Leeds and across the city has raised over £1,000 for mental health charity The James Burke Foundation when staff completed the Leeds 10k on Sunday.

The foundation is based at Photon House in Percy Street, Wortley, which is managed by the Dhand company. Both are delighted to have joined forces.

“For us all at the Dhand Group, mental health is a cause close to all of us and we’re proud to be supporting The James Burke Foundation, our team have trained hard to run the 2022 Leeds 10K to raise as much money as we can for the charity.”

Sharon Burke said: “We are so thankful that such a well-respected company such as Dhand decided to support our charity as we continue to help the ever-increasing numbers suffering from Mental Health issues in these challenging times.”

The James Burke Foundation was set up by Sharon Burke in memory of her son James.

The charity is entirely led by volunteers and works at grassroots level to raise awareness of mental health issues, particularly in young people, while supporting those affected through free services such as counselling, mentoring and practical advice and solutions.

You can also find the James Burke Foundation on Facebook if you wish to get in touch with Sharon or the charity itself.

Donations can still be made here.