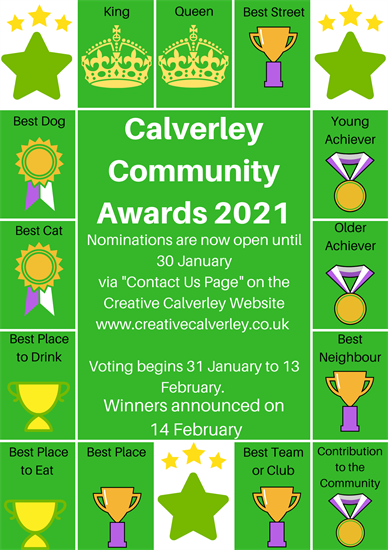 Nominations are still being received for an annual awards scheme highlighting community heroes and heroines in Calverley.

Often there are people in a community who quietly donate their time, effort and enthusiasm to make where they live a nicer place to be.

In the majority of cases, people are not thanked or recognised for the work that they achieve – but that’s about to change in a part of west Leeds.

The idea is for people who live in the community to nominate those residents who bring just a little extra “sparkle” to the village and give back to the community.

People can make nominations by filling the form in here.

Each winner will receive a special trophy in recognition of their success.

Closing date is 30 January 2021. Voting then begins. Winners will be announced February 14.