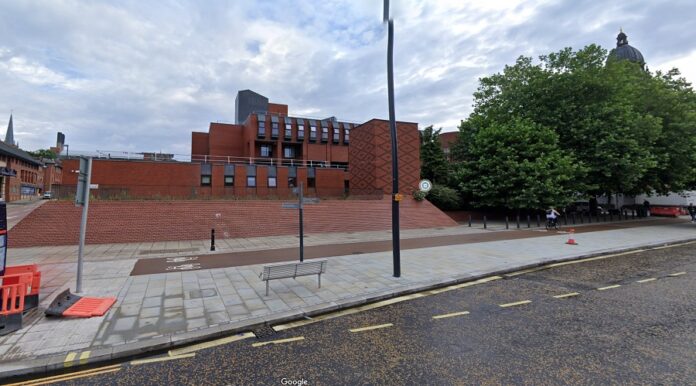 Yorkshire Water has been fined £233,000 after it admitted to being responsible for a sewage leak that led to the deaths of hundreds of fish in Tong Beck.

The successful prosecution at Leeds Crown Court on Friday, 28 January 2022, was brought by the Environment Agency following a pollution incident in November 2017.

Tong Beck is upstream of Pudsey Beck and Wortley Beck.

An estimated 20 million litres of raw sewage was discharged into Tong Beck over a four-day period between 4 and 8 November 2017. This was caused by the failure of a valve at Yorkshire Water’s Dale Road sewage pumping station in Cockersdale, near Bradford.

An investigation into the impact of the pollution by the Environment Agency found that it had caused significant damage to the ecology of the beck and led to the death of hundreds of adult and juvenile brown trout downstream of the pumping station.

Yorkshire Water’s Dale Road site used to be a sewage works but was converted into a pumping station. The station is automated and unmanned. The pumping station incorporates an underground well into which sewage flows under gravity. From the well sewage is sent by large pumps via a rising main to a local sewage works.

During the re-fit, the company installed what was intended to be a temporary isolation valve on the rising main just outside the boundary of the pumping station.

The isolation valve was intended to be a temporary measure and was not installed to the same standard as permanent infrastructure, neither was it mapped by Yorkshire Water on its asset record system or scheduled for inspection.

As such, the telemetry system did not notify Yorkshire Water’s monitoring station of the failure of the valve or the resulting loss of sewage from the rising main.

A spokesperson for the Environment Agency said:

“All businesses, including water companies, have a responsibility to ensure their activities do not present a risk of harm to people and the environment.

“Yorkshire Water’s failure to adequately safeguard its systems has led to significant damage to the ecology of Tong Beck, which may take many years to recover. We welcome the ruling by Magistrates in Leeds today and hope that this sends a strong message to others that the Environment Agency will hold polluters to account.”

They said they acted quickly once they became aware of the discharge. They commissioned their own sampling and analysis, monitored the watercourse over the following days, undertook a full clean-up of the site and immediate area and undertook repairs to ensure the pumping station was brought quickly back into operation.

A spokesperson for Yorkshire Water said:

“In November 2017 we had an issue at our Dale Road pumping station that resulted in wastewater being discharged into the nearby beck. As soon as we found the discharge, we mobilised a number of teams who arrived within minutes to stop the wastewater entering the beck and mitigate the impact on the local environment. Due to the mitigation we put in place, the ecological impact was short term.

“Our investigations showed that this was unfortunately down to human error and we’ve taken all the learnings on board to try make sure this doesn’t happen again.

“We’re sorry this incident occurred and we’ve since invested £1.7 million at the pumping station to further improve its performance.”