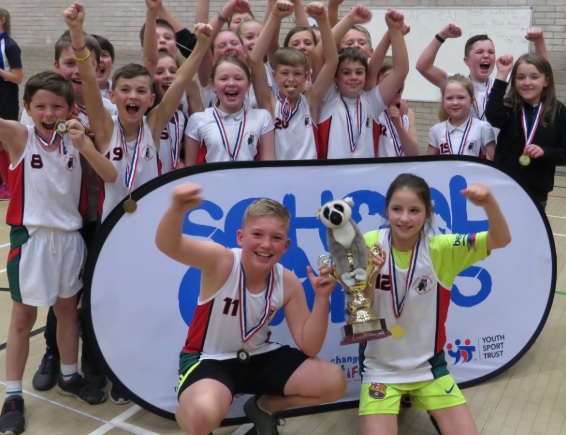 Schools from across the area recently came together to compete in the West Leeds Primary School Sports Hall Athletics final, writes Jo Fiddes.

The well-attended final, hosted by Priesthorpe Co-op Academy, was held after a series of six qualifying rounds.

25 primary schools from across West Leeds took part in the qualifiers, with an impressive total of 256 boys and 244 girls competing for their schools.

The primary schools that made it to the final were Lower Wortley, St Bartholomew’s, Stanningley, Valley View, Farsley Springbank and Pudsey Southroyd.

After some close competition, the winning school was Farsley Springbank, second was St Barts, with Lower Wortley taking third place.

“I am extremely proud of the performance and sportsmanship exhibited by our pupils throughout this competition.

“We are now keeping our fingers crossed that we make it through to both the Leeds and the West Yorkshire finals!”

Farsley Springbank and St Barts will now represent their schools in the Leeds semi-finals, which will be held at Leeds Trinity University on Friday 24th January.

“It was great to attend the indoor athletics school sports finals at Priesthorpe School. The atmosphere was terrific and the competition intense as everybody gave their all.

“Congratulations to the winners – Farsley Springbank – and the runners up – St Barts – who will go on to represent West Leeds in the Leeds semi-finals.

“Thanks also to the staff, working alongside the Leeds Schools Sports Partnership, for delivering another fantastic event, demonstrating school sports in the West continues to thrive.”

The Leeds finals will be held at Leeds Trinity University on Thursday 13th February, and the West Yorkshire finals will take place on Tuesday 17th Match in Huddersfield.

Facebook
Twitter
Pinterest
WhatsApp
Previous articleBramley Menopause Café – “It’s good to have a space where you are taken seriously”
Next articleRodley geese cull: Calls for urgent review into shooting laws