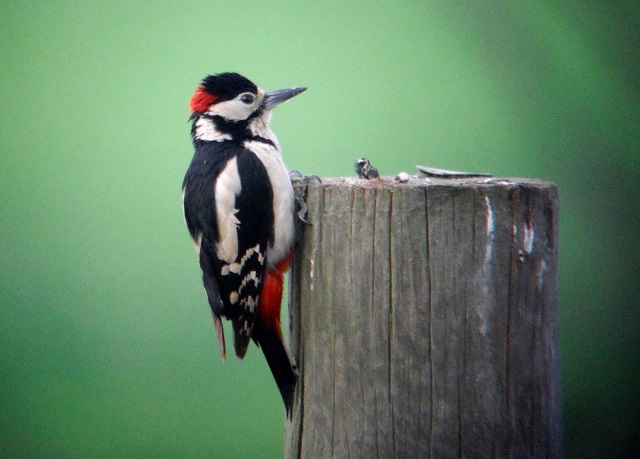 Hello from Linda at Start Birding. I’ve been teaching people about birds since 2001 and I’m so pleased to be writing a regular column in the West Leeds Dispatch.

I hope that readers find my contribution useful. My aim will be to tell you as much as I can about what’s going on in the world of birds and to offer some help and advice to anyone who wants to get in touch.

If you get stuck with your bird ID then, by all means, send me photos or audio files so that I can help you identify any birds you’ve seen and heard.

As I write this article, I’m preparing to take part in the Big Garden Birdwatch.

This annual survey, run by the Royal Society for the Protection of Birds (RSPB), has been running for over 40 years. It takes place on the last weekend of January and now runs for three days. It relies on families and individuals counting the birds they see in their garden, for just one hour, at any time that’s convenient.

The survey began in 1979 when the RSPB asked its membership to count birds in their gardens.

Then the Blue Peter editor, Biddy Baxter, decided to feature the idea on one of their programmes and the response was so good that it became a regular feature.

In 2001, the survey was broadened to individual adults and its popularity has grown from year to year.

Now over half a million people take part making it the largest citizen science wildlife survey in the world. Over that time, it has been shown that numbers of many common garden birds such as starling, greenfinch, house sparrow and song thrush have decreased dramatically.

Taking part in this survey is a great introduction to the systematic methods used by birdwatchers to record the populations and movements of birds.

If you’ve enjoyed taking part in the past then you can take your contribution a step further by watching your garden every week. By doing this, you’ll provide researchers with more valuable, standardised data than a one-off, random count.

This weekly survey is called, simply, Garden BirdWatch (GBW) and was launched in 1995 by The British Trust for Ornithology (BTO) which is the conservation organisation that is responsible for recording most bird related data.

Virtually all the work is done through a volunteer community of thousands, and the BTO organises a variety of surveys each year. The role of the BTO is invaluable in science, providing academia with specific data sets for research projects.

The BTO Garden BirdWatch offers a chance to watch and record birds and other wildlife in your garden in a more robust and meaningful way.

In return for a small fee to help with administration, participants receive an introductory book, a quarterly magazine and on-line resources. Training courses are also provided. You can start at any time so, if you want to make your Big Garden Birdwatch even bigger, visit the BTO Garden BirdWatch website and get involved.