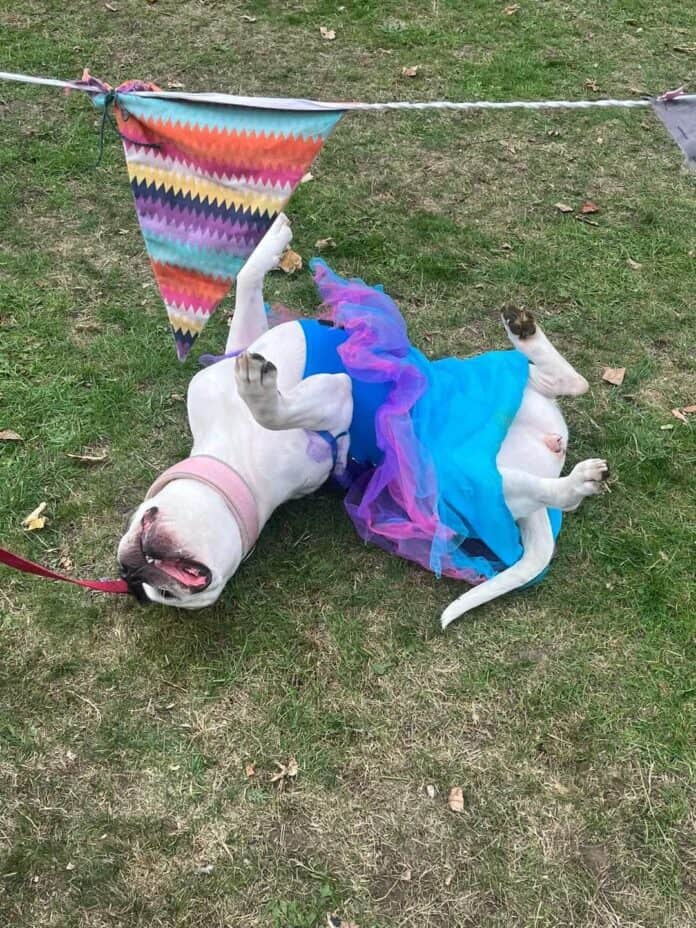 Crowds paws-ed for a while at Armley Dog Show 2022 for what organisers say was ‘an amazing day and turn out’!

The annual show again proved to be a doggone success, drawing many to Armley Park on Sunday to spend time with our four-legged friends.

The esteemed judges of this pawsome event in Armley Park this year were two local business owners, David of Skelton’s Butchers and Donna of The Doggy Academy groomers and day care.

Volunteers at the Friends of Armley and Gotts Park group hailed the day a success on social media. They posted:  “A great big huge thank you to our team of volunteers, judges and all the lovely doggies!”

More hounds than ever were paraded, cascaded and graded, with an impressive number of entrants in all of the cat (dog)egories, including handsome hound, best rescue and waggiest tail – the judges had a tough time in the decision making.

There were special awards for some surprise entrants and the junior handlers, who have inspired organisers to add an extra round for next year’s show.

This year the Best Dressed category was presented in memory Mandy Kirby-Briggs, who never failed to amaze and delight the crowds and the judges with her handmade creations.

Here’s a slideshow of some of the images from the day:

The event was organised and run by volunteers from Friends of Armley and Gotts Park and funded by Armley councillors via the Inner West Community Committee.