Leeds West MP Rachel Reeves writes her monthly column and looks at the launch of the loneliness commission and why she voted to trigger Article 50 and pave the way for Brexit. She also writes about supporting the campaign to save the Cardigan Arms pub and a clean-up at Farnley Reservoir …

This month, I launched the Jo Cox Loneliness Commission, a project started by my friend Jo Cox MP before her death. I’ve been working with Conservative MP Seema Kennedy on the Commission which we hope will bring together community groups, charities and the Government to better tackle loneliness in Leeds West and across the country.

We started the campaign in Leeds with a roundtable event in Bramley where we brought together over 40 representatives from local organisations. It was great to see how the event triggered conversations between organisations about how to better liaise with each other and share innovative schemes.

We also had a formal launch at the House of Commons in the Speaker’s Residence.  Over the coming year, I’ll be listening to local groups about their work to feed into the Commission’s final report.

GETTING THE BEST DEAL ON BREXIT

This week, I voted in Parliament to trigger Article 50, paving the way for formal Brexit negotiations to begin. I’ve had an enormous amount of correspondence about Brexit.  However, my role as a MP requires me to balance an array of interests and means I cannot please everyone.

I campaigned hard for Remain. But, we lost the argument and the vote –  and must now respect people’s decision.

At the EU referendum count in June, it was clear that Leeds West voted by a majority in favour of Leave.  So, to best respect the wishes of my constituents and the overall result, I believe voting for Article 50 was the right thing to do.  But I want to preserve those elements of the EU that work well for the people of Leeds West. I would like a future Brexit deal to include membership of the single market and customs union.  But I know it must include greater control of immigration to reflect people’s concerns about the issue.

I will be pressing to get a deal that works best for Leeds West on areas like trade and investment.

We will also have to work hard to maintain workers’ rights, as well as environmental and consumer protections.

I am also increasingly worried the Government has no plan for post-Brexit Britain and will risk thousands of jobs with a misguided and risky negotiation strategy.

It’s critical we work with our European partners to negotiate the best deal for Britain and that Labour ensures the Government honours  the promises of the Leave campaign to increase NHS funding and safeguard the rights of EU nationals in the UK and UK nationals in the EU. 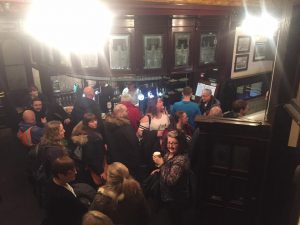 CAMPAIGN TO SAVE THE CARDIGAN ARMS

I’ve heard concerns from local residents in Burley about the proposed sale of the Cardigan Arms by its owners Greene King.

However, there is now a chance for people to put together a bid to preserve it as a community asset to avoid the risk the building is left vacant or turned into flats.

I know after meeting those behind the proposed community takeover that they are acutely aware of the huge task ahead of them to pull together a successful bid before June.  But they are working tirelessly to make it happen and I will be doing my best to support them.

TIME TO CLEAN UP FARNLEY RESERVOIR

I visited Farnley Reservoir with Yorkshire Water to get them to act on complaints that I’ve had about the rubbish and litter. I know that rubbish dumped around the reservoir has been a cause for concern for a while and that more people would visit if the area was cleaned up.

I have now written to Richard Flint, Chief Executive of Yorkshire Water, to urge the company to work with local volunteers to clean up the area and make it a more pleasant place to talk a walk.

TACKLING SKY-HIGH BANK CHARGES AND HELPING THOSE IN DEBT

I was pleased to host a visit to Leeds by the Financial Conduct Authority chief executive Andrew Bailey to talk about the problems faced by people struggling with debt.  In many cases, their situation is made far worse by some of the sky-high overdraft charges levied by banks.

I was glad that Andrew accepted my invitation to come and talk about the issue at a round table event and see some of the fantastic work done by Leeds-based debt advice charity StepChange.

I’m continuing to push at Westminster for action to stop excessive overdraft charges and led a debate in Westminster Hall on the issue this week.

I am always keen to hear constituents’ views. So, please get in touch by emailing me at rachel.reeves.mp@parliament.uk or calling my office on 0113 255 23 11.