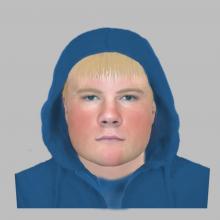 Police investigating a burglary at a flat in Pudsey have released an e-fit image of the man they want to identify.

The incident happened around 4.30pm on April 11 at the property in Brookleigh, Pudsey.

The suspect made his way into the flat and stole some of the victim’s property including a handbag with bank cards in and cash. The victim was a woman aged in her 90s

A man officers want to speak to in connection with the incident is described as white, aged in his 20s 5ft”5 with a ruddy complexion and fair to ginger hair. He spoke in an English accent.

Anyone with information is asked to contact PC 449 Adam Scott at Leeds District Crime Team on 101, quoting crime reference 13180170801.