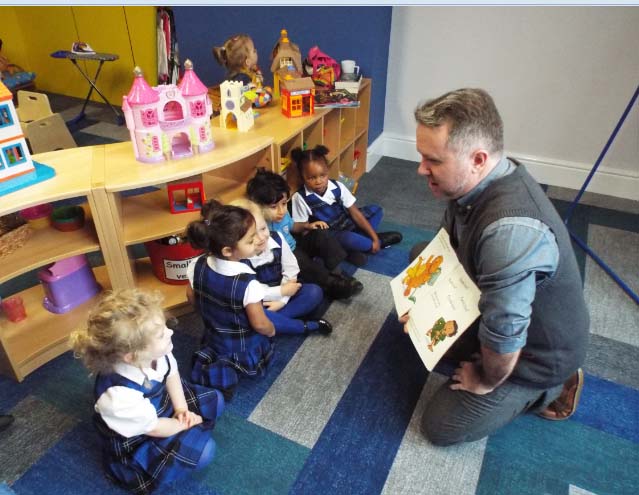 Curtis Jobling, whose other television credits include the popular animated series Raa Raa the Noisy Lion, was the guest of honour at the independent school in Pudsey.

Following the opening ceremony Mr Jobling entertained the children by reading a selection of his well-known stories, as well as producing sketches of some of his best loved characters. Mr Jobling said:

“It was a great honour to be invited to open the refurbished pre—school and spend time with the children.

“Books have been a love of mine for as long as I can remember and I really hope the boys and girls develop that same enjoyment and relish the journey of learning and imagination it will take them on.”

“We are delighted to officially open our newly refurbished pre-school with state-of-the-art facilities, enriched with a purposeful learning environment, to set children on the right pathway at the earliest opportunity.”