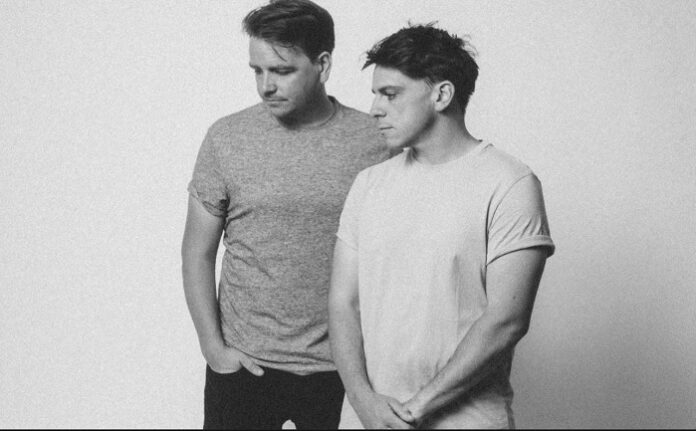 Pudsey band The Dunwells will join residents from all across Leeds for the city’s first ever virtual Christmas lights switch-on which will premiere on December 2.

The line-up for the online seasonal showpiece has been revealed today and features a mix of chart-topping musical artists, talented local acts, classical and theatrical performances and local sporting heroes who will all lead an innovative city-wide effort to light up Leeds and get the countdown to Christmas underway.

The festive extravaganza will feature a specially recorded version of John Newman’s recent uplifting collaboration with Sigma High on You.

Pudsey’s brother pop/rock band The Dunwells have recorded a very special performance of their self-penned single Light up the Sky, which will fittingly act as the backdrop to a montage of festive lights and displays from around the city made up of pictures and videos sent in by local residents.

The Dunwells formed over decade ago and have performed countless shows around the world gaining them more than 50,000 followers on social media whilst playing the Indie Acoustic music they love.  They have sold over 30,000 physical copies of their music and fast approaching 8 million streams.

Most recently the brothers have gained 100k views of their Daily Live show that they stream to You Tube and Facebook.

The Dunwells have made national TV appearances in the UK and US and stadium performances with Tom Jones, James Blunt, Brian Adams, Elbow, Sheryl Crow, and some of the biggest festivals in the world, Lollapalooza, Bonnaroo and SXSW

Britain’s Got Talent semi-finalists Class Dynamix, will premiere a new and exclusive video of the track featuring children from their gold-partnership school, Windmill Primary in Bellei who came together within their school bubbles to record a special one-off performance.

Joining them on the virtual billing will be Grammy-nominated Yorkshire-born musician and 80s legend John Parr who will be performing a unique version of his 1985 worldwide hit single St. Elmo’s Fire (Man in Motion) alongside a full symphony orchestra that was recorded at home during lockdown.

Hyde Park Brass will be bringing the much loved sounds of traditional ‘brass band’ in their own contemporary style with unique performances of much loved festive hits.

Keeping in the festive feel Chante Amour will be performing an original Christmas song Hope for Christmas, released on all online platforms on the same day. Chante is one of Leeds’s most exciting up and coming female solo artists, selected to perform at the event via a collaboration with Music:Leeds through their Launchpad program – an open call that provides local artists with mentoring, recording support and live opportunities.

The family friendly entertainment continues with the ‘12 days of Yorkshire Christmas’ sing-along with TV’s Alex Winters and Carriageworks Pantomime legend Jez Edwards – together with an appearance from Santa himself.

“It’s been an incredibly tough year for the people of Leeds and we all know celebrations during the festive season are going to be very different this year.

“But this event encapsulates the spirit and determination that Leeds has to both celebrate the Christmas season and keep our city and each other safe.”

The Leeds Lights Virtual Switch-on event will be free to watch on the Millennium Square YouTube channel and Facebook page on Wednesday, December 2 from 6.30pm, with the actual city centre lighting displays, including brand new lighting spans designed and installed by Leeds BID on Briggate, switched on simultaneously with the online event.

Local residents still have the opportunity to submit pictures and videos of their own lights and Christmas trees so they can feature in the special montage and pay tribute to the city’s Christmas spirit. To submit your pic or video message please send by email to: lightupleeds@sonderstudios.co.uk. The closing date is Sunday, November 29.