Pictured: The romantic moment this man proposed at Bramley parkrun 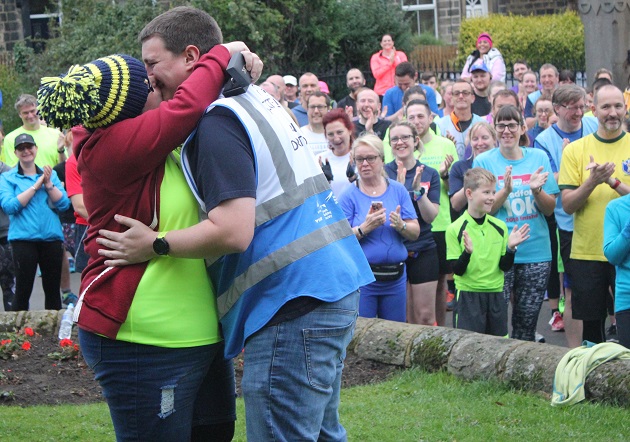 How many people can say they were the subject of a romantic proposal in Bramley Park?

It was extra special Bramley parkrun for one couple on Saturday as parkrunner Rachel Fisher accepted Paul Hollings’ marriage proposal to a round of applause and a big cheer from fellow runners.

Photographer Simon Cullingworth was on hand to capture the romantic moment.

As previously reported, social media was awash with well-wishers. One parkrunner said:

“It was every so lovely to see it happen in front of everybody – we won’t forget it for quite I while, and I’m sure they won’t either!”

The couple received lots of best wishes on the Bramley Parkrun Facebook page.

“Congratulations to you both. So lovely!”

Bramley parkrun is a 5km run for people of all ages and abilities every Saturday at 9am in Bramley Park.