Paul Abraham: The power of the human spirit – the story of Bramley’s Penny Walker 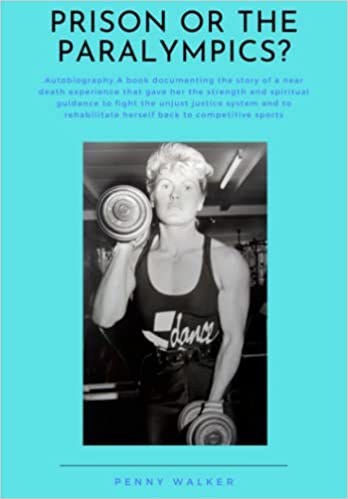 Throughout our lives we meet people who have a profound effect on us. We may only meet them fleetingly, know then for a couple of years or become great friends and they become a major part of your everyday life.

One such person who came in to my life was Penny Walker. Penny was the official physiotherapist for Bramley Rugby League Club in the early and mid 1990s. At the time I was the match day “physio” for the reserve team, known as a club’s “A” team.

Penny was incredibly kind and supportive to me during that time and was always willing to demonstrate and advise how to help players prepare for the match, during the match and remedial work after the match to improve my knowledge and confidence in sometimes very stressful situations.

When Penny left Bramley I was saddened and disappointed but could fully understand the reasons why she left.

Over the past 25 years I have often wondered where she went after Bramley and what she was doing now. Google and Facebook searches brought no success. Approximately a month ago a post was shared in one of the groups I am involved with on Facebook which stunned me. The post was informing the group about the publication of an incredible book, the book being titled “Prison or the Paralympics” and was the autobiography of Penny Walker.

In short Penny had moved to France via Australia and had been seriously injured in a car accident in April 2016 which resulted in the deaths of two people. She had to have her right hand amputated, was classed as 80% disabled and then spent the following years fighting the French justice(?) system to clear her name and prove her innocence.

The 500-page book is an incredible and powerful read which touches the emotions like very few books can, due to Penny using a dictaphone to record her feelings and thoughts since being admitted into the intensive care unit.

And so, here on the pages are the raw emotions of disappointments, fears, disbelief but also determination and strength of the human spirit of someone whose life was hanging by a micro-fine thread as she arrived at hospital by air ambulance.

Coming from a hard-working and loving Dewsbury family, Penny worked and studied hard and graduated at the University of Liverpool in 1986 in Psychology and Physical Education. This was the start of her amazing journey through sports therapy, treatment of injuries, Acupuncture and Chinese herbal medicine to name but a few.

At this time Penny also fell in love with weight training and bodybuilding which saw her compete in the finals of the UK Bodybuilding Championships.

Her involvement in sport takes us to from the wet and muddy rugby league pitches of West Yorkshire to the F1 paddock at the Japanese Grand Prix and rubbing shoulders with former F1 world champions Damon Hill, Giles Villeneuve and Michael Schumacher!

Having decided to live in France permanently her ambition was to live a self-sufficient life as much as possible which included keeping pigs, goats and chickens while growing a mixture of vegetables.

On the 2nd April 2016 all this came to a shocking stop as Penny was involved in a car accident which would change her life and circumstances forever. Within seconds her body had been broken, bruised and smashed to bits. Her right hand had to be amputated while nuts, bolts and metal rods held her body together and operation after operation followed.

The one thing that wasn’t broken and never would be was her fighting spirit and coupled with her determination she vowed to clear her name as the causer of the accident and live a full and meaningful life despite her disabilities and mental scars.

As you read, you are cheering for Penny as she battles to regain some independence while feeling her frustrations and sadness in hospital as she literally takes tentative steps on the rough road to recovery.

When you start reading her experiences up to her court case and then the subsequent appeal case, it is impossible to put the book down as you are sucked into an incredible web and numerous black holes of injustice and the complete disregard to a persons basic human rights.

If you saw a stage play with the legal and authoritative people included in this situation, then you would laugh at a French farce with unbelievable caricatures of bumbling officialdom and arrogance, but frightening this is real life with real peoples lives and futures at stake.

One wonders and worries how many people have been treated this way and simply accepted it as the norm and given up the fight. Despite all the obstacles thrown in front of her she battled on, often alone and without a solicitor or an experienced translator to provide advice and support to help prove her innocence.

This is a truly inspiring account of a person not willing to be bullied or ignored in incredibly tough situations and fight for justice and the truth to be told.

In the future whenever I face a challenge of any type then I intend to keep repeating the following passage from Penny’s book to inspire me.

“In life you must think out of the box. Seize opportunities, don’t fear what others say or think. If you are not harming anyone or yourself then do it. People will always judge and gossip about you. To have memories you must first live a life worth remembering. Don’t be fearful about who you are. Be authentic and you will be happy. Fear the judgement and thoughts of others and you will be stuck. Go and experience things for yourself and then decide how you feel, don’t fear being different, being different is being free!”

Penny is still living in France and training hard for various powerlifting competitions to be held in the UK and beyond. Thank you Penny for sharing your incredible story.

For information on how to buy the book, click on the following link.