The company expanded and in 1929 set up its central warehouse and bakery in Kirkstall at Bridge Road. Thousands of tonnes of groceries were dispatched to its branches each week, including the one in Raynville Road, Bramley.

The clock at Thrift Stores was installed by Charles Potts & Co. Ltd in 1932. When war broke out the balcony around the tower below the clock was used as an observation post.

If you look carefully in the b&w pic below you can see the pill-box that was manned by the firm’s Home Guard Battalion on the roof. 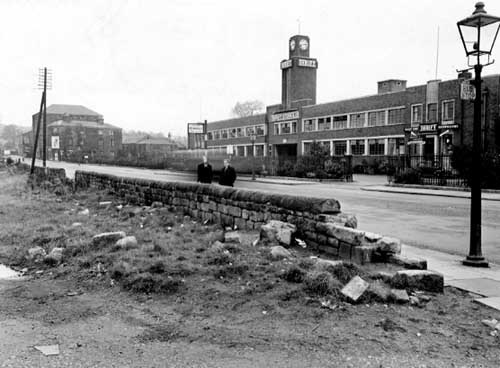 The building was host to many household names such as Clover, Allders and British Home Stores. Eventually it was closed and demolished in 2015.