In around the year 1220 the first mill was built in Rodley, writes Mark Stevenson.

By 1236 the mill known as the Soke Mill of Bramley had been gifted to Kirkstall Abbey by the Trinity Priory, York.

It was the custom in medieval times for the Lord of the Manor to build a mill and, in return, his tenants had to bring their corn to be ground at the Mill by the Lord’s Miller who would keep a percentage of the flour ground in payment. These were known as Soke Mills.

The Millers were rarely popular figures, often being accused of taking more than they were entitled to, especially as they usually had the fattest pigs in the village!

In 1714 the mill now known as Ross Mill was one of five bought along the River Aire by Sir Walter Calverley to encourage his tenants in the domestic woollen trade. 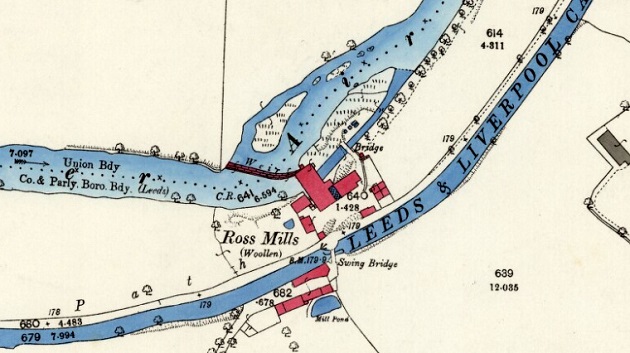 The site today is Rossett Business Park and very little remains of the original mill but you can still hear the wear on the River Aire one of the few clues to what once was.