The foundation stone for Christ Church on Armley Ridge Road in Armley was laid on 1st October 1869 by Mrs W E Gott of Armley House, and the church was consecrated on 19th January 1872, writes Mark Stevenson. 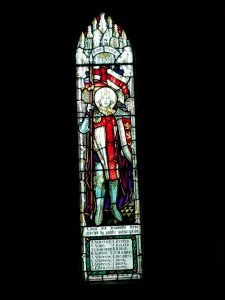 The architects were Messrs Adams and Kelly of Park Row, Leeds. The tower which stands 117 feet tall also houses a peal of eight bells and the clock was installed by Potts in 1881. 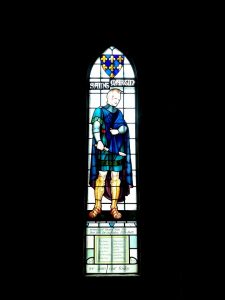 The church has a number of stained glass windows and the stand-out windows to me are the six war memorial windows. 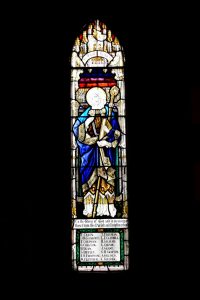 Each of these windows has the name of the fallen on them from both World Wars (two more were added after World War Two) with a Saint above the names.

These Saintly windows were a speciality of the maker of the windows Charles Steel of York Place, Leeds and were paid for by public subscription. 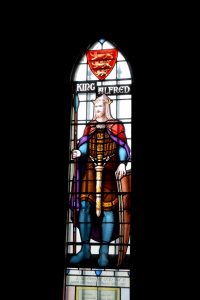 Two of the windows are hidden away in the store room and a printed picture hangs on the wall to show you what you are missing.

I would like to thank Maggie, Jo and Janet for their help with this article.