When I first came across Charlie Cake Park it seemed obvious to me it was named after a man called Charlie, writes Mark Stevenson.

My assumption was right. And it also turned out my guess that he sold cakes was correct as well. I’m on a roll here, I thought to myself!

Legend has it that Charlie, who was a peddler from Pudsey, would rest his horse here after a hard day’s work selling his cakes.

His signature cake was thought to be a kind of shortbread in the shape of a triangle the same shape as the park. It’s said his cakes were that famous they were presented to Queen Victoria when she opened the Town Hall in 1858. 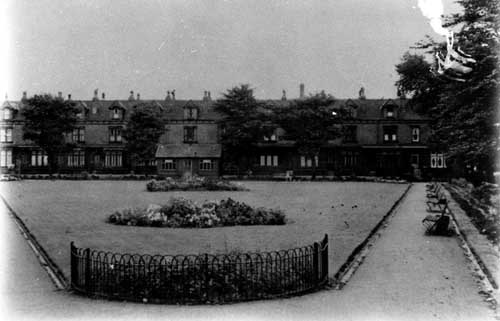 It is thought the park was originally a patch of waste ground owned by the Gott family, who exchanged it for a plot of land owned by the township, located in Redcote Lane.

But from at least 1851 onwards the land was owned by the Churchwardens and Overseers of Armley Township.

Charlie and his cakes must have stayed in the hearts and minds of the people of Armley because when the park opened as Whingate Park in the early 1900s by 1915 it was appearing on the maps as Charlie Cake Park.

The park is now maintained by the Armley Common Right Trust, which was established following the Enclosure Act of 1794 and holds a number of pieces of land for the people of Armley.