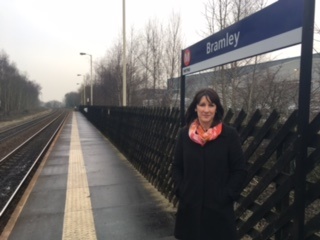 Leeds West MP Rachel Reeves today called on Transport Secretary Chris Grayling to resign over the Northern trains timetable changes fiasco, which has led to the cancellation of hundreds of train services.

Speaking at Transport Questions at the House of Commons, Ms Reeves launched a ferocious attack on Transport Secretary Chris Grayling for his handling of the situation and demanded he quit his Cabinet job.

“Last week, 49 trains were cancelled in my constituency, particularly at Bramley train station, meaning passengers were late for work, for college and for other appointments.

“Can I just say frankly to the Secretary of State passengers have lost faith in him. Isn’t it about time he stepped aside and allowed someone else do the job who can fix this problem?”

Mr Grayling defended his handling of “totally unacceptable” train delays and cancellations, promising the launch of an inquiry into what went wrong. He said:

“Clearly this was wrong and it is totally unacceptable. The rail industry has collectively failed to deliver for the passengers it serves.

“It’s right that the industry has apologised for the situation that we are currently in and that we learn the lessons for the future.

“But right now the focus should be on restoring reliability of their service to passengers.”

“The situation on our rail network is a complete shambles. Passengers face the miserable prospect of two months of further delays and cancellations. The buck should stop with the Transport Secretary and he should resign over this fiasco. Travellers need proper compensation and a full explanation of when and how this nightmare situation will be resolved.”