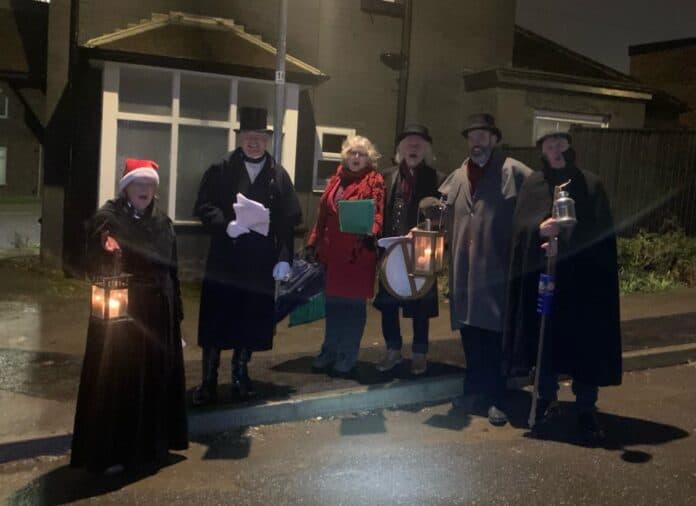 Think back to December 18. The World Cup Final was building to a thrilling conclusion. The pavements were icy and treacherous. The streets were dark and deserted.

In spite of this, the Kirkstall Avenue carol singing group went on to raise about £280 for the Leeds Street Angels by singing carols on the streets of Kirkstall. “Your kindness and generosity is much appreciated,” a spokesperson said.

Volunteers thanked Raynville Stores, the Lilac development and The Bridge Inn, who support the initiative each year.

Leeds Street Angels launched in January 2012 to help to make Leeds city centre a safer place to be on a night out and reduce crime.