Kirkstall Festival: A huge success in its 37th year

Year after year Kirkstall Festival brings people together for a day of community celebration. Here, festival volunteer JILL BUCKLEY writes about her thoughts on the 2017 festival, a week on from the event. 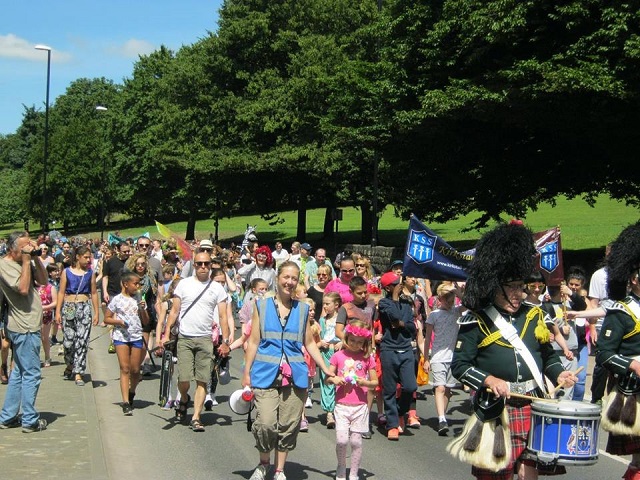 25,000 people flocked to this years Kirkstall Festival on a warm, sunny Saturday, July 8th. And with so much entertainment to offer young and old alike, and so many organisations represented, there was a very positive response on social media too.

Festival Volunteer Hannah Corah put together this great Storify piece, gathering together tweets and photos from the festival from social media.

Local charities also seemed to do well from the event with the German Shepherd Dog Rescue Charity tweeting that they had raised £1502 to help them to save more dogs in the future.

Leeds City Pipe Band led the festival parade along Morris Lane, onto Abbey Road and into the Abbey grounds.

It featured local schools Kirkstall Valley Primary, Beecroft Primary and St Stephens Kirkstall as well as the new addition this year of a group of Viking re-enacters who helped the parade stewards, led by parade organiser Simon Dawson, keep the participants in order!

Media Volunteer Johnathan Chapman was on hand to record the festival for posterity and took dozens of photos reflecting the varied nature of the event, some of which you will see in this article. And also a video about the event from early on the Saturday morning which you can watch here:

Kirkstall Festival is run entirely by volunteers who cover a variety of roles. Lady Mayoress of Leeds Councillor Jayne Dowson thanked those involved on Twitter;

“What a fantastic day at Kirkstall Festival. A huge thank you to the wonderful team of local residents who organised the day.”

And locals also thanked the efforts of volunteers who work tirelessly on the day and leading up to the event, many on the committee beginning the organising process again almost straight away, to make it such a well loved festival. Twitter user @VTLoverseed commented:

“Had a fantastic day @KirkFest. Impressed that it’s run by volunteers, they do a brilliant job, thanks!”

“We do estimate we had about 25,000 throughout the day, the weather was perfect. Pleased to say no serious incidents and everyone enjoyed themselves, a perfect day out for all the family.

“The volunteers finished the take down at 10pm on Saturday night and left the Abbey Grounds clean and just as they found them. All exhausted, home for a quick shave and shower (including the women) then down to the West End for a few well deserved pints.” 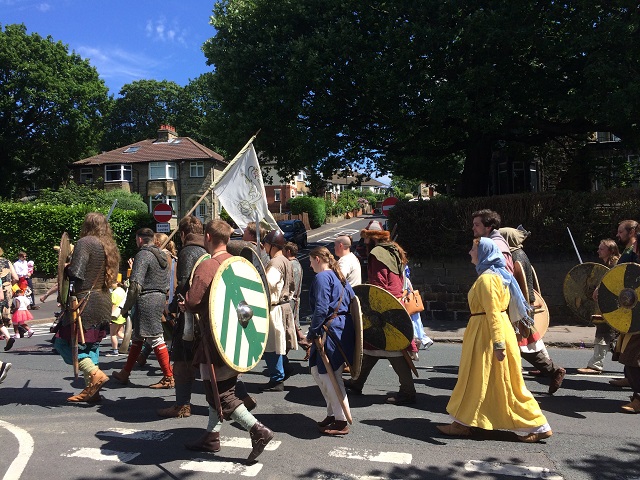 Richard Honey, who recruits volunteers to sell programmes for the festival, took to Twitter to thank everyone who had helped. Kirkstall Festival is a free festival but buying a programme goes a long way to helping it to continue to be so. And also helps you plan how to best spend your day with such a wide range of entertainment and activities on offer:

“Huge thanks to all the fab tireless programme sellers at today’s @KirkFest. Your brilliance & resilience & good humour was beyond impressive.”

This year saw Alan Crump, Events Manager, take part for the last time in that role after many years. Fellow volunteer and Kirkstall Festival Committee member Kieran Power, paid tribute to his efforts on Facebook:

“Farewell to our outgoing events manager! For the last ten years, Alan Crump has provided the festival with an unparalleled range of music, performance and entertainment. His commitment and enthusiasm has been inspirational.”

And don’t forget to save the date for next year guys – Saturday July 14th 2018, the 38th Kirkstall Festival.

Images for this article are by Johnathan Chapman and Jill Buckley.