From Bramley to London: ‘Why I marched over Brexit referendum’ 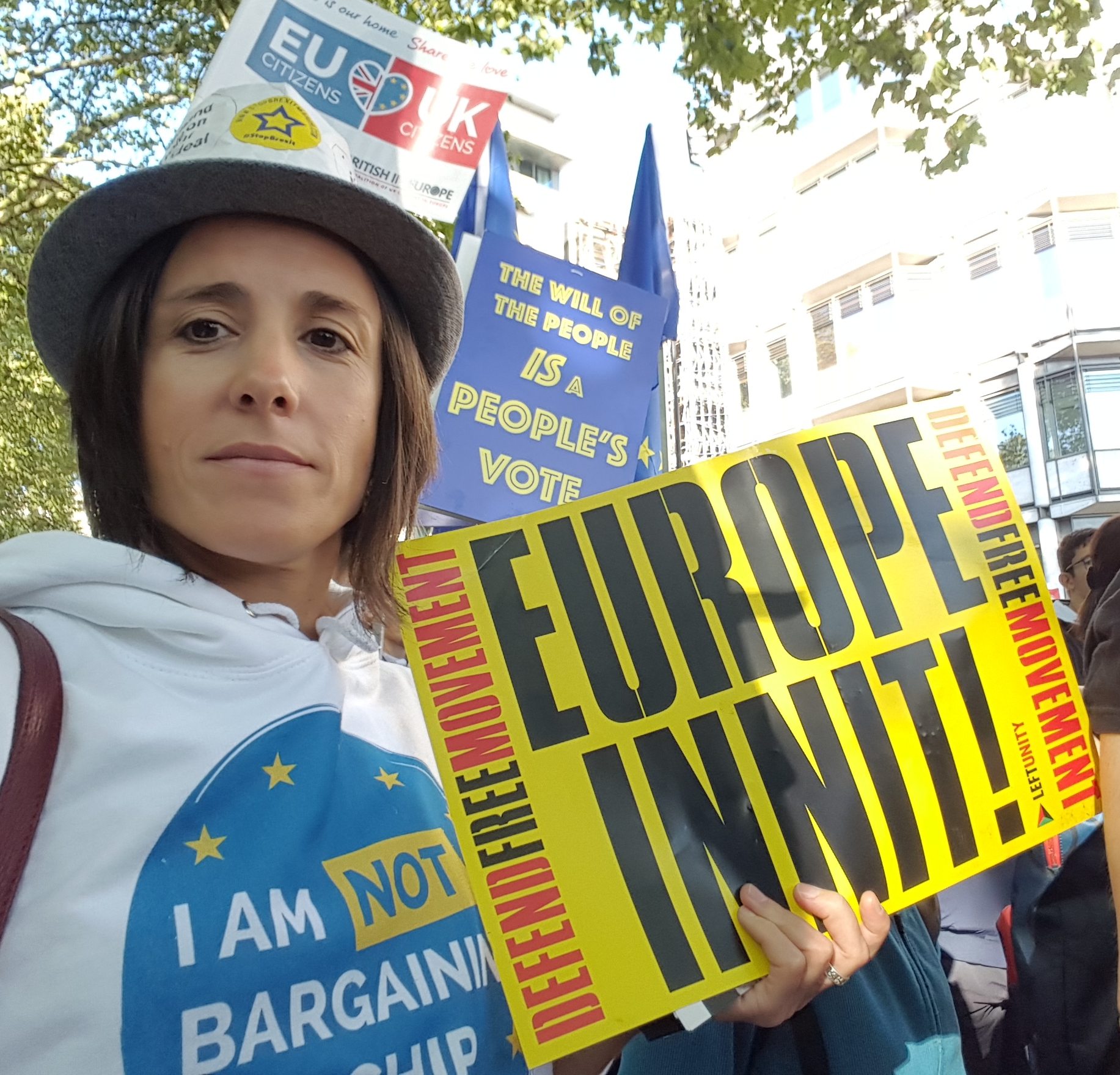 Bramley resident ‘Sophie M’ was one of the 700,000 protesters marching in London at the weekend calling for a People’s Vote on the current Brexit proposal. Here’s her story …

I have lived in Bramley for 11 years, have supported community organisations, and also took part in the Bramley First Grant panel which funded many good things locally, such as Bramley Mermaids club, memorial gardens, credit union etc…

The reason why I went on the march is I’m a French national, and I couldn’t vote in the referendum but I wanted to make my voice heard that I think Brexit is an atrocious prospect for the country I’ve chosen as home for the last 15 years.

A welcoming country full of lovely open people I should add; I have always worked and integrated well in the UK, I had never felt alien here.

But the day of the shock referendum result, I started worrying about the future of the country and my own future in it.

A Polish shopkeeper was attacked in Bramley shopping centre shortly after it. A French friend of mine was verbally assaulted on a train a few months back and told to go home!

I have not had any personal attack myself and I thank everyone who is so kind and welcoming to me, but the fact my EU brothers and sisters have suffered all throughout the UK but also so close to where I live, has affected me.

On top of this spike in hate crime, the economy is forecast to go down for the next 10 years…. And it’s now apparent people will not take back control until the UK government makes significant changes to how they support their residents, their health service, and the growth of the country.

I believe everyone is going to suffer (well apart from the very rich who are already protecting themselves and their families!) So what IS good about Brexit?…

I passionately believe in free movement, and that’s due to end…

I might lose my right to vote in local elections, for local representation. I would not feel like an equal EU citizen in Bramley any more, I would feel like a second-class citizen.

My rights under the new “everything’s fine” settled status will not be enshrined in European law, and could be reversed by the UK government at any time. And no, marrying a Brit does not help anyone’s immigration status!

But back to the hope bit… London was buzzing at the weekend, and I was especially struck by how many older people (who according to the media voted to leave) were in attendance and wanting a second say.

And definitely very happy to see so many young people wanting a say about their future.

I am hoping the recent People’s Vote March will help politicians ask the people: now you know the ugly face of Brexit, is it worth it?