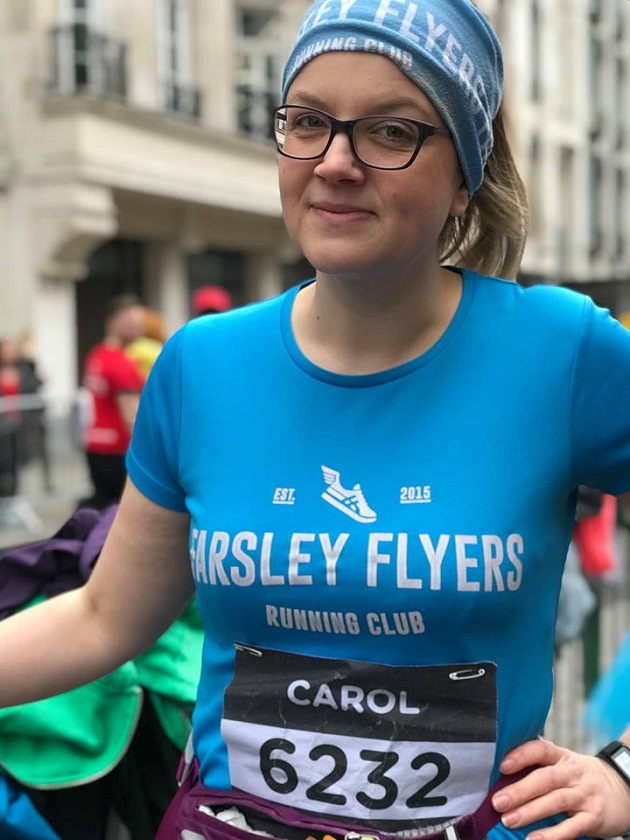 Farsley Flyers will be taking four teams to this weekend’s Endure 24 race at Bramham Park, writes Jill Buckley. And one Flyer will be adding on an extra mile with an added twist to raise money in memory of Armley’s Otis Webster.

Endure 24, described as Glastonbury for runners, is a 24-hour relay race where teams of between three and eight runners take turns to run 8km laps. The event takes place at Bramham Park on June 30th.

As well as the main event though there is also a mini Endure run of one mile on the Friday night.

And Flyer Carol Newton was volunteered by her boyfriend in response to a Facebook request to run the race in the Martin House mascot costume.

Carol started running two years ago, taking part in Leeds 10k to raise money for Otis. Otis was a pupil at Whingate Primary in Armley where Carol teaches and his mum Bev is a friend and colleague of Carols.

Sadly Otis passed away when he was nine years old and received end of life care at Martin House Hospice. Carol said of Martin House:

“They were so amazingly supportive to Bev and the rest of his family, and have provided ongoing support.”

Martin House Hospice supports children and young people with life-shortening illnesses and their families across West, East and North Yorkshire.

You can make a donation for Carols efforts using this link stating “In memory of Otis Webster” as your Reason for Donation: