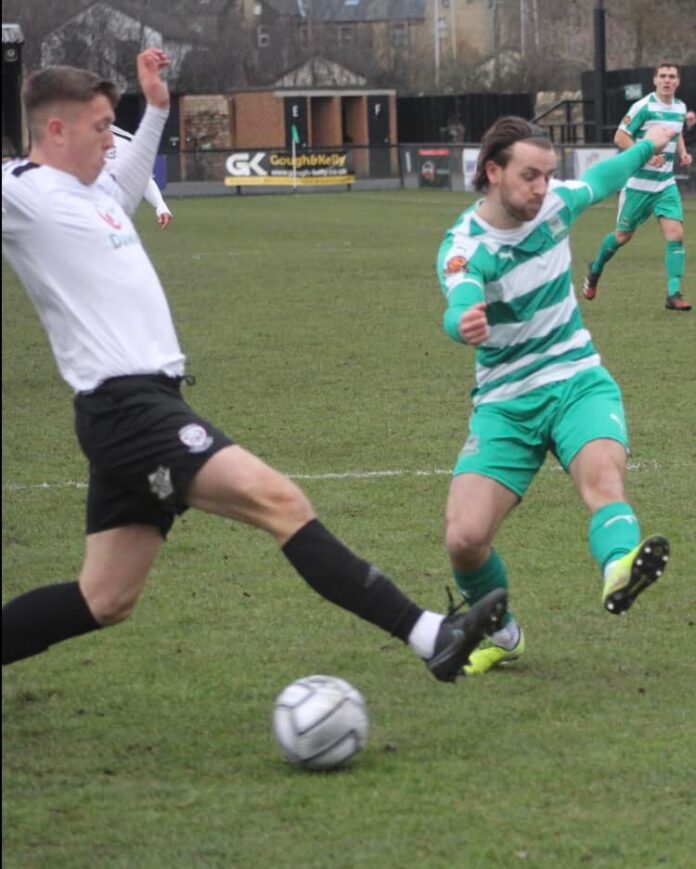 It was a difficult evening for Farsley against a rejuvenated Pilgrims side under new boss Paul Cox, with the hosts ultimately too strong for the Celts as goals from Luke Shiels, Fraser Preston and Danny Elliott secured the three points.

Boston, in front of a home crowd for the first time since Cox’s appointment, started on the front foot, and Kyle Trenerry had to be at his best to repel the hosts.

Scott Duxbury cut in from the left and made his way into the Farsley box before unleashing a strike that produced a fine save from the Celts’ shot-stopper.

Danny Elliott was a threat throughout for Boston, coming close as he sliced wide Fraser Preston’s cut back, and then as he bent an effort inches past the far post from a tight angle.

Farsley’s first real foray forward brought a set-piece opportunity, Luke Parkin delivering a free-kick that dropped to Chris Atkinson, with the midfielder’s strike from the edge of the box blocked and cleared to safety.

It was a set piece that brought the opening goal of the game, but at the other end, Luke Shiels getting round the back to bundle Shane Byrne’s corner into the roof of the net.

The Lincolnshire side came close to doubling their advantage on the stroke of half-time, and would have done so but for Trenerry. Shiels nodded the ball down to Preston inside the six-yard box, however, the ‘keeper spread himself to make a tremendous point-blank stop.

Chances were much sparser for the Pilgrims upon the resumption, but just as Farsley were starting to grow into the game they struck again.

Fraser Preston saw his initial strike saved by Trenerry, but he was able to finish at the second attempt as the ball came back to him via a Joe Leesley miscue.

Despite falling two goals down, Neil Ross’ side kept pushing for a route back into the game, and came close to setting up a grandstand finish.

Jimmy Spencer beat his man with a superb touch on the right-hand side to break into the box, only to see his low strike blocked on the line; Then just minutes later, a wicked cross from Ethen Vaughan agonisingly evaded the outstretched boot of Louis Fialdini.

Boston would inflict one final blow on Farsley as the game headed into added time; Danny Elliott finally got the goal his performance merited after he was brought down in the box and stepped up to dink his spot-kick down the middle, wrapping up a successful evening for the hosts.

Facebook
Twitter
Pinterest
WhatsApp
Previous articleKirkstall Road: Bus lanes WILL be used by motorbikes in trial
Next articlePaul Abraham: How to embrace change as pandemic eases