Farsley Celtic remember the fallen ahead of Gloucester draw 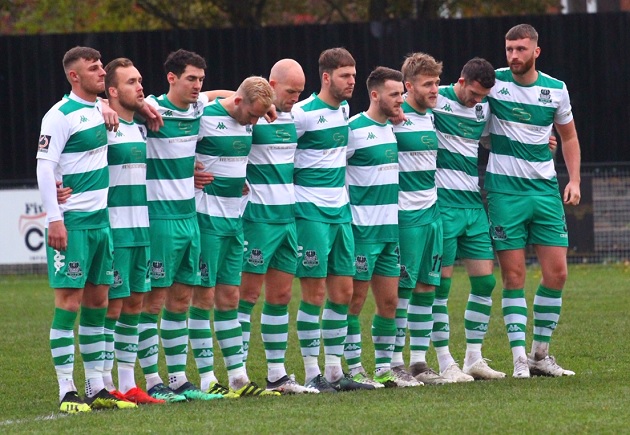 The teams held a minute’s silence before the game to remember the fallen ahead of Remembrance Sunday.

Dave Syers opened the scoring in the first minute for The Celts, with Gloucester equalising later in the half in a scrappy game which the home side will feel they should have won. The result leaves The Celts in sixth place.

Photographer Simon Cullingworth was on hand to capture the action at The Citadel.