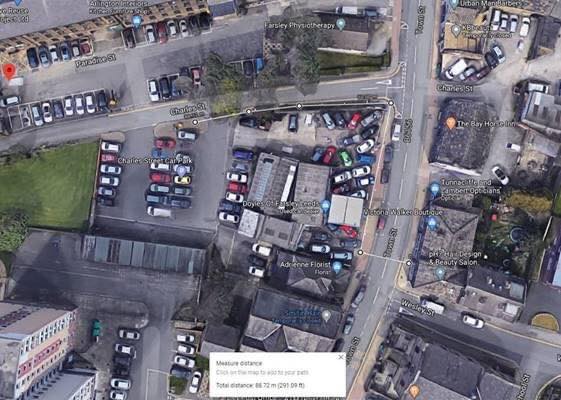 An electric car charging point is set to be installed in the Charles Street Car Park in Farsley.

Leeds City Council will be carrying out the work, which means the car park will be closed for one Sunday during August, with a final date to be confirmed.

Temporary traffic lights will be in place for two days across Farsley Town Street as an electricity cable is delivered across the highway, with the bulk of the works on the pathway

Electricity company Engie are scheduling works to take place during August once permissions have been confirmed from the Highways Department.

The charging point is being installed in the Charles Street car park because on-street would have resulted in the loss of parking places for traditional vehicles.

Residents are walking together to ‘Save Kirkstall Footpaths’