Comedians come to socially distanced The Constitutional in Farsley 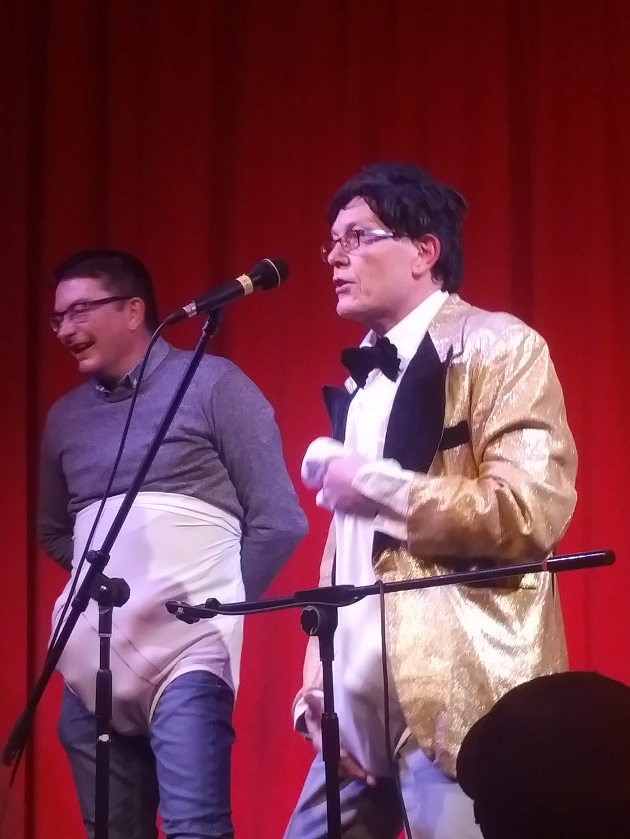 A socially distanced comedy special is coming to The Constitutional in Farsley – with the club’s owners promising table service and no anti-social behaviour!

Vikki Stone is best known for her original comedy songs, but is also an actress, musician and composer. She has appeared on many TV and radio shows, including: The John Bishop Show, This Morning, and I’m A Celebrity Get Me Out Of Here….Now and others.

In 2011, Vikki won the Soho Theatre Stand-Up Award and her debut show the same year was nominated for Best New Show at the Leicester Comedy Festival, and her subsequent shows enjoyed sell-out runs at the Edinburgh Fringe Festival, and Soho Theatre as well as on tour.

In 2013 Tom reached the final of the prestigious So You Think You’re Funny? competition, the following year he was a finalist in the Hobgoblin Comedy Award and in 2015 he took home the award for Comedian of the Year at the inaugural Great Yorkshire Fringe. Most recently he picked up the Audience Favourite Award at the Musical Comedy Awards 2017 and reached the final of English Comedian of the Year 2018.

And Howard Walker was Comedy Cellar New Yorkshire Comedian of the Year 2015, a Beat the Frog Semi Finalist 2015 and Hilarity Bites Finalist 2016.

The Constitutional is based on Farsley Town Street, next to the Post Office.

The comedians are performing on Saturday, 26 September 2020 at 8pm.

Tickets can be booked here.

Facebook
Twitter
Pinterest
WhatsApp
Previous articleDiscover the river on your doorstep in West Leeds
Next articleMark’s History: From Armley Gaol hunger strike to the OBE – the radical journey of Leonora Cohen