Community led Bramley Baths is set to hold an open day to mark the official opening of its new heritage exhibition.

The Grade II Listed Baths dates back to 1904 when it gave people the chance to wash during a time when cholera was rife and few houses in Bramley had running water.

As reported by WLD, the new exhibition captures people’s memories and old photographs connected to the history of much-loved institution. Recollections include when the pool was boarded over for dances during the 1940s and the community taking on ownership in 2013.

As well as enjoying the grand opening of the exhibition, attendees can enjoy performances from synchronised swimming group The Bramley Mermaids and vocalist Jessica Irving.

All proceeds from raffles, tombolas and donations will raise funds for the Teenage Cancer Trust and Bramley Baths. 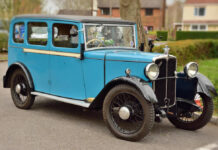