Mark’s History: How the Cardigan Arms got its name 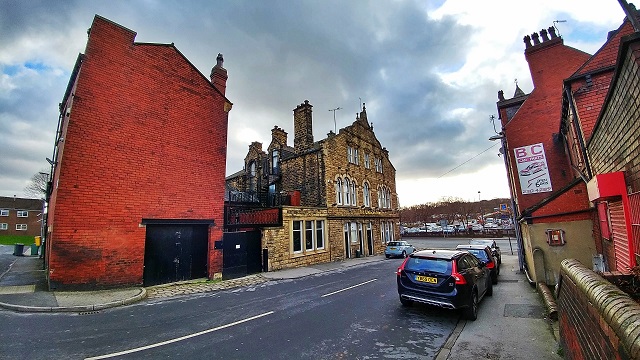 Think you know the history of the Cardigan Arms on Kirkstall Road? MARK STEVENSON has all the details …

With the coming of the Leeds to Kirkstall turnpike (Kirkstall Road) the need for more coaching inns along that road was met with the building of the first Cardigan Arms in 1806. 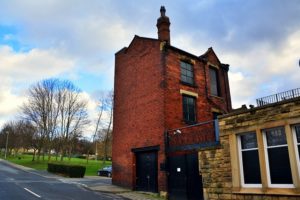 As most of the surrounding land was owned by the Cardigan family picking a name for the new inn was no hard task. Surrounded mainly by fields, with Burley being the nearest village the Cardigan Arms was in a good location to catch passing trade.

James Thomas Brudenell, 7th Earl of Cardigan, was famous for leading the Charge of the Light Brigade at the battle of Balaclava in the Crimean War in 1854. He was also famous as a serial adulterer and philanderer and on his death in 1868 his lands in Leeds were heavily mortgaged. 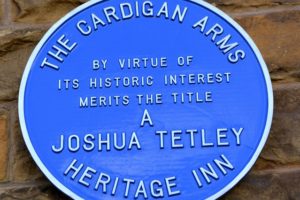 At the time of the Earl’s death the Cardigan Arms still found itself some distance from the ever growing town of Leeds. Although things had developed with the “Cardigan Field” Athletic Ground and later a football ground opposite bringing in more trade. Some landlords would take advantage of the rural location and do a spot of farming on the side.

The Earl’s highly eccentric widow Lady Adeline Cardigan was no match for the debt the Earl had left her. In 1888 all the Cardigan’s lands in Leeds were all auctioned off at the Albert Hall (now Leeds Museum). 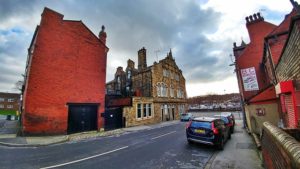 The old Cardigan Arms together with a substantial building plot behind it, was sold to Mr William Child for £6,250. Leeds was on the verge of a huge housing boom and the old now run down Cardigan Arms found itself unable to cope and was demolished.

Gone was Cardigan Fields and in its place was row upon row of terraced houses and factories. As was the case in 1806 a new Cardigan Arms was built in 1895 to cater for this new urban population. The architect was Thomas Winn, of Albion Street, and the licensee was Mr Benjamin Greaves.