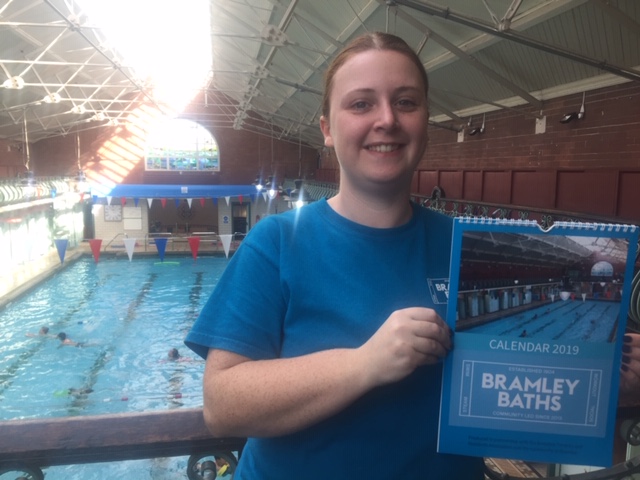 Historic Bramley Baths has launched its 2019 calendar today – with every photo contributed by a member of the community.

Over the past couple of months, the community-led Baths has held a public competition for photos to go on the calendar, culminating in a mini exhibition where swimmers could vote for their favourites.

The calendar is now available for £5 from reception.

“All proceeds will be ploughed back into The Baths, so not only will it look brilliant on your wall, you’ll also be helping us as well.”

The Broad Lane baths have been community led since 2013, with a group of trustees taking over the running of the pool, gym, steam room and studio from Leeds City Council on a peppercorn rent.