Council to negotiate sale of Viaduct Road land for housing

Derelict land off Kirkstall Road could be sold to a housing developer after owner Leeds City Council agreed to dispose of the site.

As reported in May, investment company Prospect Estates wants to build more than 300 flats on the former Thyssen Krupp site, at the corner of Kirkstall Road and Viaduct Road. There would also be parking for around 171 cars and three small shops.

But this week the council has decided it no longer wants to keep the land and agreed to negotiate the sale of more than two acres next to Thyssen Krupp site.

It’s been revealed the council has held informal discussions with Prospect Estates about selling the extra land, leading to an even larger residential scheme incorporating BOTH the Thyssen Krupp site and the council’s land.

A council report authorising the negotiations with the developer states:

“Prospect Estates have indicated a willingness to acquire the council’s site to undertake a comprehensive redevelopment but,are very keen to make urgent progress given the investment they have already made.

“If urgent progress is not made then Prospect Estates will be forced to pursue their own land in isolation.”

Existing buildings on the land which were leased by Thyssen Krupp will be demolished and the site cleared by December. It was also used by site compound to the construction company Carillion, which recently stopped trading.

Thyssen Krupp operated a factory until the flooding which resulted from Storm Eva in December 2015. The land would be subject to flood protection measures. 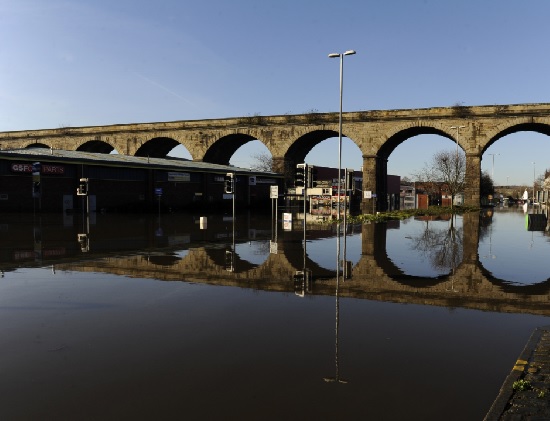