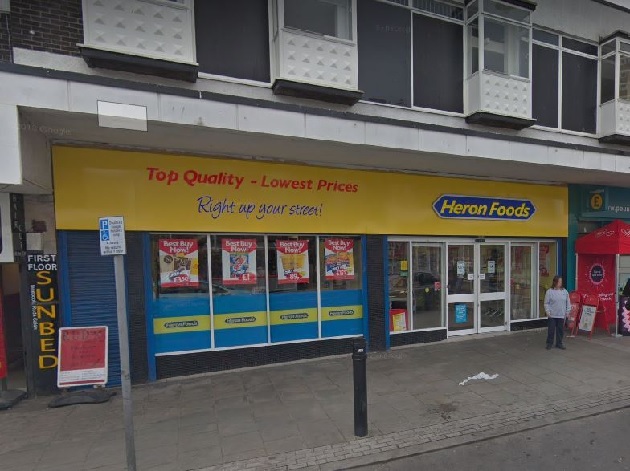 An application for permission to sell alcohol was dramatically withdrawn in the middle of a meeting with council planning chiefs today, writes Richard Beecham.

The decision, made by Heron Foods, was made following passionate speeches from local councillors who claimed the plans could worsen alcohol-related crime in the area.

The supermarket chain had originally applied for permission to sell alcohol from its Town Street premises, despite existing council measures to limit retailers from selling alcohol in the area.

But, following speeches from local councillors Alison Lowe and Jim McKenna, as well as police and licensing officers, a meeting of Leeds City Council’s licensing sub-committee was cut short as the applicant suddenly withdrew the application.

What was the application for?

The shop has applied to sell alcohol from 8am-7pm on Monday to Saturday, and 10am-4pm on Sunday. It also stated there would be a CCTV system in place, as well as staff training and an incident register for antisocial behaviour.

Armley is a designated Cumulative Impact Policy (CIP) zone – an area in which it is more difficult to get permission to sell alcohol due to problems with drink-related anti-social behaviour.

What did the councillors say?

“We don’t have millions of people in Armley falling around causing anti-social behaviour. We have small groups of people causing excessive nuisance on Town Street, but we have hundreds, even thousands, of individuals who are vulnerable, poor, ridden by debt, who are using alcohol as a crutch.

“They will go into whatever shop they can go to to feed their addiction – because they are addicted.

“There are 18 licensed premises on Town Street. It is ridiculous.

“I can walk from one end to the other end in five minutes. It is ridiculous that every other shop is a licensed premises. We do not need more.

“If [Heron Foods] really are being asked by their customers to sell alcohol, where are they? Where are their letters of support?

“Is this really about Heron wanting to increase their profit margins on the backs and the misery of vulnerable people in Armley? Or is it really that upstanding members of the community want to buy a bottle of wine on a Friday night? I ask the question, but I know the answer.

“Armley is one of the most deprived parts of the city – alcohol consumption is a blight in Armley – I ask the committee: please, please, please don’t give another licence to another premises.

“They said that they have got security, well I am a regular on Town Street, and they have only just put that security in there – surprise surprise – probably something to do with this application, I would say.

“The problems in Armley are intransigent – we are working to protect people, sometimes from themselves, I acknowledge that.

“People in Armley are sick to death of having Town Street blighted by people who are only interested in money and not in the lives and well-being of our citizens.”

“We have made this same plea on several occasions, but we still see businesses pursue an alcohol licence in Armley.

“When I first read this application, I wondered why they suddenly wanted to sell alcohol in Armley.

“I think it’s bizarre that they have 280 stores and [only] 57 have been granted. It’s almost like it’s provocative: ‘if we can get a sale of alcohol in Armley which is a CIP area with huge problems, we can get it anywhere’ – it’s almost like a frontal attack on our policies.

“It’s bizarre. I will say it again – bizarre – that they want to actually sell alcohol in Armley. If you can’t survive in Armley without selling alcohol, you don’t have much of a future there.

“There are lots of local people who have alcohol dependency problems. Not only do we not want to see any more alcohol outlets in Armley, we would like to see them reduced.

“The nearest place I know where you can buy a newspaper in Armley Town Street is Tesco, which is down on Stanningley Road. You can’t get a newspaper, but you can get a can of beer 24/7.

“A baby boy born today in Armley will have lived 14 years less than a baby boy born at the same time in Pudsey which is three miles down the road. Surely this brings home the problems of health in Armley.”

Addressing the applicants, he said: “Why are you doing it? I don’t understand this – in Armley of all places. Even at this late stage, please don’t do it. We want to make Armley a safe place for people who are scared to walk down Town Street.

“All you are doing is helping to make this problem worse.”

Local resident Lou Cunningham then began to speak against the proposals before the applicants interjected.

A spokesman for Heron Foods said:

“I have just been instructed to withdraw this application, so we don’t want to continue.”

His announcement was met with applause by the group of local councillors.

So what DID they want to do?

Speaking at the beginning of the meeting in support of the proposal, the spokesman claimed the new licence would be unlikely to impact upon street drinking, as customers would generally be buying alcohol along with their grocery shopping.

“It is a strong, local customer base. We want to offer the regular customer who does their shopping and may want to buy alcohol when they do their shop.”

He added that a security guard works at the premises six days a week, while staff would have received training as well as being given headsets to communicate with security staff.

What did the police think to that?

“If you live in Armley, your life expectancy is lower than other areas in Leeds.

“Although violent crimes [in Armley] tend to be in the evenings, anti-social behaviour crimes tend to take place in the afternoons. We should be nurturing our children, not subjecting them to this type of behaviour.

“Do we want our children thinking this is acceptable behaviour, seeing these groups drinking in Armley? We do not need another licensed premises.”

She added that many street drinkers have started dispensing their alcohol into coffee cups or plastic pop bottles, making street drinking harder to detect.

What is a CIP area?

Cumulative Impact Policies are regulations that effectively make it more difficult for any new establishment wanting to sell alcohol, or for existing premises to extend their licensing hours.

They require council licensing chiefs to have a default position of turning down new applications if they fall within the zone, only accepting them if they meet exceptional circumstances.

Other CIPs in Leeds include Headingley, Chapel Allerton, Horsforth and two in Leeds City Centre. A new CIP was also set up in Harehills in January.