You couldn’t have asked for a better day! The sun shone and thousands flocked to Armley Town Street to help make the return of Armley Festival a big success.

There were more than 50 stalls, live music and a funfair, as well as interactive displays from the Marines, Royal Navy, West Yorkshire Police and West Yorkshire Fire Service.

People of all ages, backgrounds and nationalities mingled together for the day, which was put together by the All Together Armley community group which aims to improve Town Street and the surrounding areas.

And a special thank you to Gudrun & Glenn and @AlltogetherArm team. Brilliant people – Armley's lucky to have them. pic.twitter.com/msr0cT35jy

The success of the day was down to the volunteers behind All Together Armley putting in countless hours of their own time to make the event happen. We take our hats off to them!

“It was really good to see all those people on Town Street. It should happen more often,”

As an #Armley lad of the 70s I remember Armley Festival well. I was held on Ley Lane recreation field. Good to know it's back @ArmleyLabour

Got some sweet ‘I ❤️ Armley’ swag at the Armley festival today. Town street closed to traffic was lovely. @ArmleyGoodStuff @WLDispatch

We know problems still exist on Armley Town Street, and the festival doesn’t gloss over that.

But what the festival does is connect residents with their community, allowing them to see the myriad of local groups and organisations that exist and how everyone can join in and be a part of those groups.

It also proves that community spirit and identity is alive and well in Armley. Perhaps, with the support of local people, Armley is starting to turn a corner after all.

Here are some of the tweets from the day:

Come on families of #Armley – Margaret has hundreds of bottles for you to win. pic.twitter.com/z1cvFPQ8JG

At the fantastic #armley festival having great conversations about the town and how to get involved @James_A_Rogers pic.twitter.com/4AmoNjA8Rf

Having fun at #Armley Festival! Thanks to @AlltogetherArm for helping us reclaim Town Street for something positive. pic.twitter.com/QxGXDEpTXG

We have so much #pride to be a part of the #Armley community. Great place. Lovely people. Fantastic facilities 🏋🏊💦 pic.twitter.com/2jwXAm7zJq

On Thursday, one of Armley’s favourite sons, playwright Alan Bennett, offered his support for the event by writing this letter: 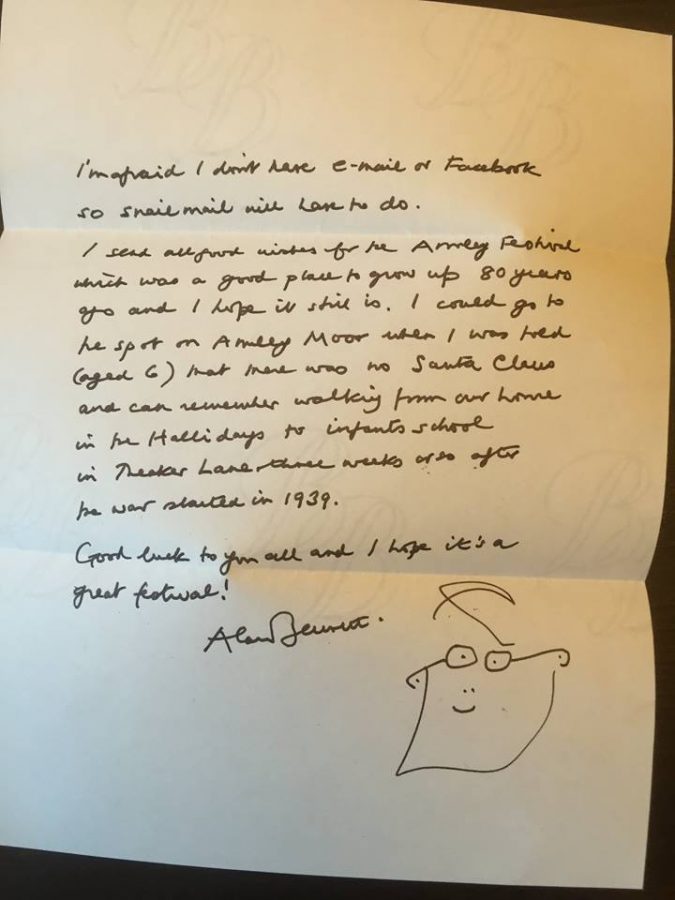