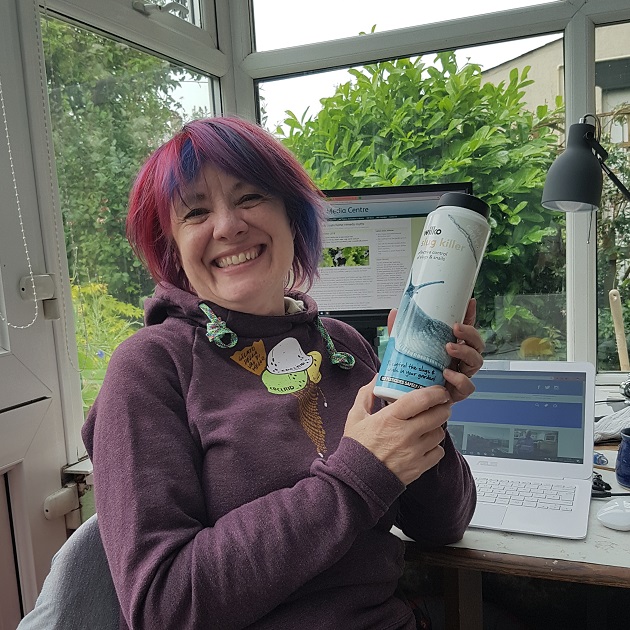 From the end of June, we won’t be allowed to sell slug pellets containing metaldehyde from our allotment shop, writes Anne Akers.

By the same time in 2020, the pellets will be banned completely, which is probably good news for the slugs, but even better for hedgehogs, toads and birds who can be harmed by these little blue poison pellets.

I must confess I have freely sprinkled them around the lot, being assured by someone somewhere who once said they were fine. Well, it turns out they’re not, which on reflection should hardly come as a surprise given that they kill anything that eats them in quantity, including humans.

I don’t like killing anything, ask the colony of ants too-ing and fro-ing across the conservatory bookcase and squatting in my plant. But slugs and snails can chomp their way through every little seedling and fleshy leaf that I’ve carefully cultivated, leaving nothing but a couple of stalks and a slimy mess, spelling out ‘slugs were ‘ere’, just to add insult to injury.

So back in the winter of 2018, Environment Secretary Michael Gove announced that from June 30 it will be illegal to sell pellets containing metahdehyde. We then have a year to use up our personal supplies before they are banned altogether.

So what’s the alternative? Egg shells? Copper tape? Grit? The Royal Horticultural Society carried out trials which found that none of these were effective.

In fact snails can eat egg shells and find themselves with super-duper strong shells. It seems the best way to be rid of the damned things is to encourage predators like hedgehogs, toads or birds, the same creatures who have been poisoned by pellets and led to an explosion in the gastropod population. I’ll bet the collective wildlife population doesn’t think man (or woman) is very bright and is looking forward to when they can take back control.

Allotmenteers and gardeners can also make it more difficult for them to cross the soil, by watering the bases of plants and not all the bits in between, to cut down on slime traction, they are not keen on woodchip paths either. If there’s room for a small pond, this will attract frogs and toads, who love slugs and snails.

Nematodes work very well, these are tiny parasites that invade a slug’s body. However, they are eye-wateringly expensive for an allotment, a £12.99 pack doesn’t go very far, or last very long. Of course there are beer traps and grapefruit halves, which are adequate, but mean you’ve to collect the little corpses.

I’ve taken the view that if they are to be banned next year then they are just as poisonous this year, so I won’t use them any more. The unused pellets will have to be disposed of in a special container at the tip.

Not banned in the UK yet, but surely it’s only a matter of time, is glyphosphate-based weedkiller. Last year a San Francisco jury ordered the manufacturers of glyphosphate-based Roundup to pay $39.2million in compensation and $250million in punitive damages for failing to warn users that it can cause cancer, glyphospate was linked to cancer in 2015.

Again, if there’s a doubt, why on earth would I use poison on the allotment?

Actually, I’ve never used any form of herbicide, preferring to give myself a proper workout by pulling up stubborn weeds, hoeing smaller weed seeds, or letting them just be.

No-one ever said allotmenteering was easy, though everyone – including me – says it’s rewarding!

Or set up a standing order with your bank: