Detectives investigating a burglary where a Jaguar car was stolen in Upper Wortley have released CCTV images of a man they want to identify in connection with the crime.

The Jaguar X-Type was taken after thieves stole the keys in a burglary at a house in Roseneath Street, on August 16.

It was later found set on fire in Back Norwood Terrace, Hyde Park. 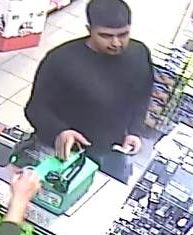 Anyone who recognises the man shown in the images is asked to contact Detective Constable 3130 Neil Masheder of Leeds District Crime Team via 101 quoting crime number 13170376938 or call the independent charity Crimestoppers anonymously on 0800 555 111.