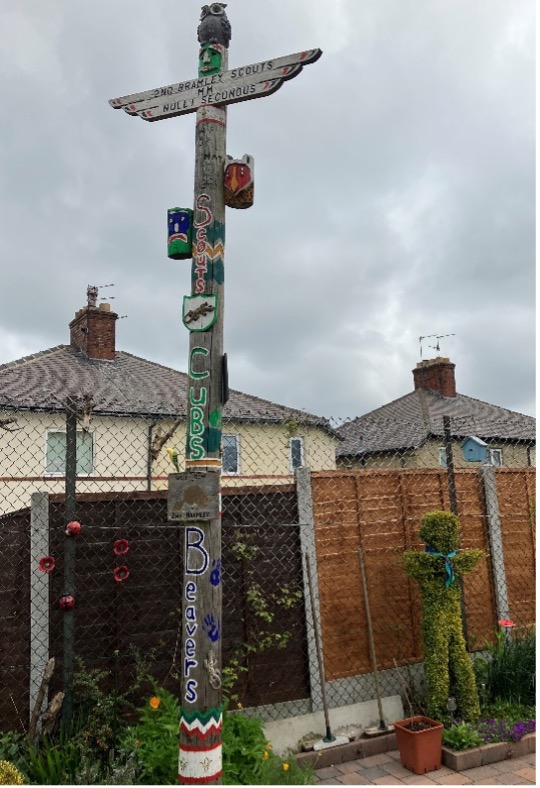 Cubs from the West Leeds District gathered together for one of the first joint events since the outbreak of the pandemic at the District Trading Post competition at the 2nd Bramley Group’s Scout Hut on Highfield Street.

It had been over three years since the competition was able to be held and the excitement amongst the competitors was evident.

Many of these cubs, from five packs in the district, had never been able to participate in a district competition before, let alone a Trading Post, and so the assistant district commissioner in charge of the cubs’ section ran through the instructions before setting them to work.

The aim of the Trading Post is for the cubs to work together in teams of three to earn the largest amount of ‘money’.

Cubs earn the money by working together to complete as many activities as they can. Once an activity is completed, then the cub receives a payment as reward, which is added to the team total.

The cubs had one hour to complete as many of the challenges as possible. The event tested a whole range of scouting skills, including pioneering, road safety, mapwork and (in some cases) imagination!

Farsley Swallows claimed the victory and would receive the District Trading Post Shield. These three teams now go through to the Central Yorkshire County Trading Post final later this year.

As always, sincere thanks go to all leaders who supported the event and who turned up on the day to help out.

The next event on the cubs’ calendar is the exciting “Cubadoodledoo 2022” County Camp at Hesley Wood Scout site in Sheffield, where they’ll be able to experience a wide range of activities from crate-stacking and air-rifle shooting to canoeing and flying along on a zip wire.

Cub scouts in West Leeds are well and truly back in action!