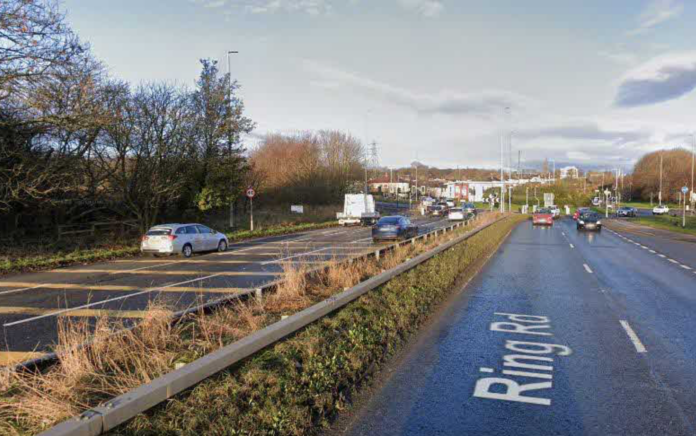 £20 million plans to tackle traffic congestion and bus delays at Dawsons Corner have been submitted to Leeds City Council planners for approval.

The junction is one of the most congested in Leeds and proposals include new bus lanes, new service roads, the widening of shared vehicle and pedestrian footways, improved cycle facilities and signalised pedestrian crossing facilities.

A design statement accompanying the planning application stated the aim is to reduce air pollution caused by standing traffic, and offer improved cycling and walking facilities. It said:

“The objective of the junction improvements is to relieve traffic congestion, bus delays and provide improvements for all users of the transport network corridors.

“Improvements to the pedestrian and cycleways will facilitate a tie-in with the Leeds-Bradford Cycle Superhighway. It is the aim that this will alleviate the connectivity challenges the city region faces, which is a factor associated with constrained grow within the new housing and employment sites in spatial priority areas.”

The report notes there are currently no dedicated bus provisions through the junction.

The proposals in detail:

The scheme includes segregated bus lanes in order to give priority to buses. Up to four extra bus stops will be provided.

Two off-site planting areas will be provided to compensate for losses of biodiversity habitats and the required level of tree replanting.

The plans can be read in full – and commented upon – here. If plans are approved it’s hoped work will start later this year.