Tree planting to protect the climate in Stanningley Park 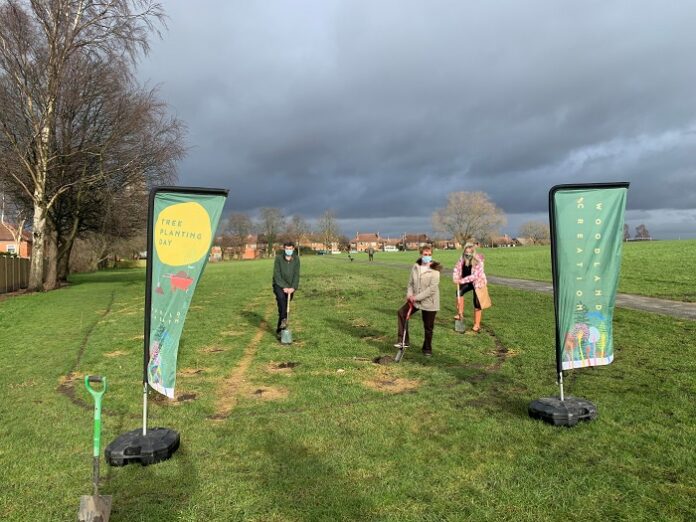 More than 1,500 trees have been planted in Stanningley Park as part of a city-wide scheme to plant more trees and boost the environment.

This scheme, designed to significantly increase the tree canopy cover, will help to improve air quality as well as create areas of pleasant green woodland in the park. This is part of a wider scheme to make Leeds carbon neutral by 2030.

It’s hoped more than 4,000 trees will be planted in the area. It’s part of a package of improvements at Stanningley Park which were first reported by WLD in October. These include a new pathway for walking, jogging and cycling.

As part of a consultation into the future of Stanningley Park, residents suggested extending the footpaths to make a circuit for walking, jogging and cycling alongside measures to prevent vehicles damaging pitches and intimidating users.

This gave the Bramley and Stanningley councillors the idea to introduce a green border treatment around the park which would be more attractive than a fence, add bio-diversity and benefit the environment, as well as preventing vehicle access.

“We are delighted that resources have been secured for a much needed programme of improvement to the park. This will include upgrading the footpaths, a much better sports pitch and an effective boundary incorporating more planting with fencing which should see the park become more secure.

“This woodland scheme will really enhance the environment and I hope that in years to come, it will be enjoyed by generations of families. Anyone interested in volunteering with the project in next year’s planting season can e-mail  woodlandcreation@leeds.gov.uk to be added to the list.

“We would also like to encourage anyone who would like to become involved in the ‘Friends of Stanningley Park Group’ to contact us with your details. This is a new group and we plan to begin activities later in the year.”

As part of Leeds City Council’s climate change agenda there is a commitment to plant nearly 6 million trees over the next 25 years, starting with the Woodland Creation Initiative.