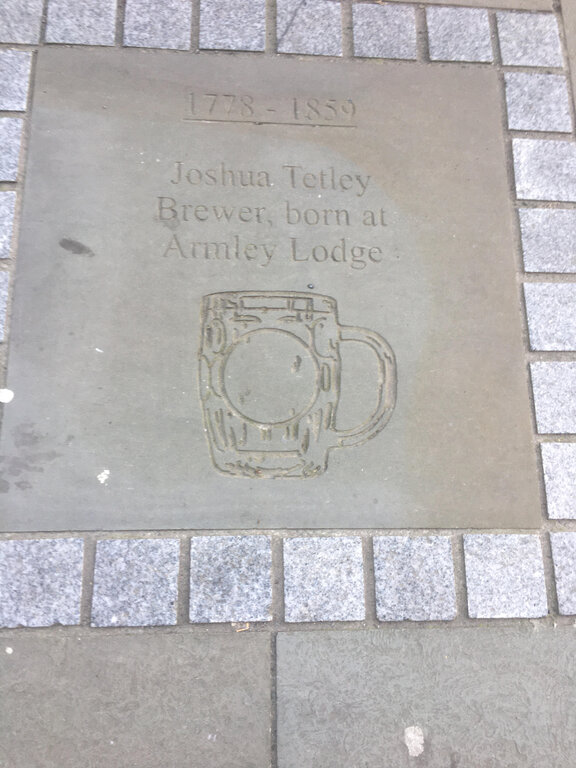 The famous brewing dynasty, Tetley, can trace their links to Armley from 1740 when William Tetley was described as “a maltster of Armley”.

His grandson, Joshua Tetley, born in 1778 at Armley Lodge, later leased a brewery in Hunslet which became the company’s headquarters.

Many years afterwards the company was taken over by Carlsberg and the site eventually closed in 2011.

However the Tetley name did not die out completely with the take-over as Leeds holds many fond memories of that once-great institution.

To support their renowned ales they established a legacy of public drinking houses mostly in Leeds, benefitting from the fact that the powerful Temperance Movement approved of beer as an acceptable alternative to the more potent spirits.

Reading the archives it appears to have been a very go-ahead company that changed with the times and had a very good relationship with its employees.

They had a very good war record and formed the Leeds Rifles Company in which a third of the employees served during the First World War.

In 1916 women were employed for the first time.

They were renowned for their advertising campaigns, social and sports clubs, company galas and day excursions.

The company also owned beautifully turned out Shire dray horses that could regularly be seen delivering beer within a four-mile radius of the city centre. Not only were they working horses but promoted the company at shows and events around the country and latterly at the short lived Brewery Wharf Museum, which opened in 1994 and lasted only six years.

The former brewery is now home to “The Tetley”, a contemporary arts centre, so a once famous brewery has now moved on in time to become a community hub – a fitting memorial to a celebrated much-loved Leeds institution.

For more of Susan Johnson looking at the history beneath your feet on Armley Town Street, follow this link.