How do you solve West Leeds’ traffic problems? You have your say…

It’s fair to say traffic congestion and public transport are probably the BIGGEST issues facing residents in West Leeds and across the city.

Our article about councillors in Armley, Bramley & Stanningley and Kirkstall this week debating a raft of proposals to tackle congestion lead to a BIG response on Facebook. Here are some of your ideas on what needs to be done …

Dig up the cycle superhighway

“I’ve yet to speak to anybody who has asked for a tram or who has said yeah it would be great if i left my car at home. Oh, and by the way, can you please install another cycle lane that eats in to the road space for other vehicles and makes it more dangerous for everybody.”

Claire Rose felt getting people out of their cars was essential. She said:

“Our public transport infrastructure MUST be improved! We have to incentivise people to leave their cars at home and commute into Leeds by other means.

“Bus lanes are great, but if you have sections of road along key routes where you go back down to one lane again, it loses its value quickly. Kirkstall Road is a good example.”

“Traffic queues are ridiculous.  More bridges? Slip roads?  People aren’t going to use the bus if they have the convenience of their car, it would be good to fix the infrastructure, rather than dream up cycles, buses and trams…” 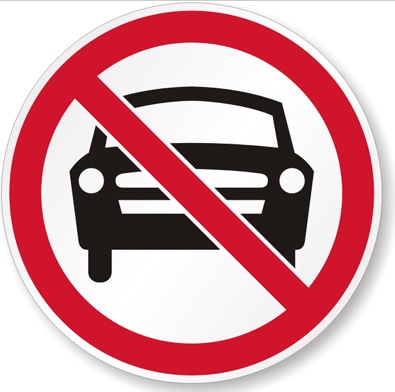 “So far I have seen NO official proposals that will do anything significant to ease either Kirkstall Junction or the plague of unofficial park and ride in Burley. Tinkering will not work and “incentivising” motorists to behave differently has failed time and time again.

“We need to adopt measures to keep motorists out of the inner city postal districts COMPLETELY except under a very tightly defined set of qualifications. I can’t say where the exclusion zone should begin for the whole city – but in LS4 & 5 it should clearly be OUTSIDE the B6157.

“Inside there should be no private vehicles at all EXCEPT for bona fide residents, people who work within the zone and can demonstrate clearly that they absolutely need personal transport in pursuit of their employment, and disabled people for whom alternative transport cannot be arranged.”

Kate Earl wrote about lifting the prohibition on parking alongside the allotments on St Michael’s Lane:

“There are hardly ever any coaches at all parked there; even on match days they have tended to park round the corner on Broomfield Close, or in the car park and it is a wide road with ample space for parking. I think allotment holders with vehicles would also be happy.”

“The traffic got 10 times worse when Kirkstall Bridge shopping place was built. Often backs all the way up to the Wythers, or all the way up Kirkstall. I suspect the same will happen in Stanningley when that shopping park opens.”

And poor Lesley McCluskey is feeling a tad left out when she asks:

“What about Worley and Farnley? Is anything going to be done to help traffic there?”