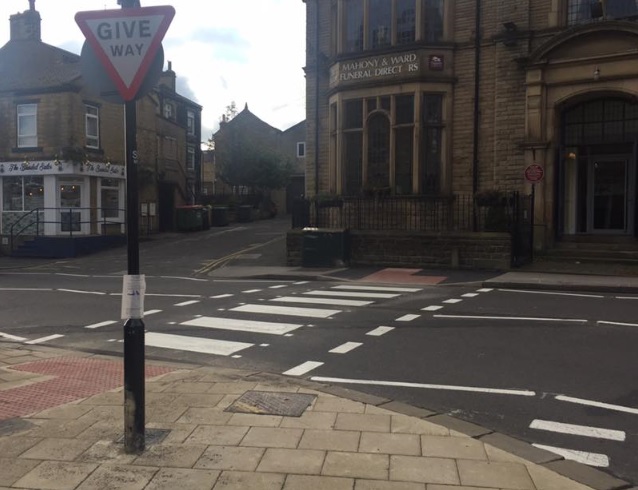 More needs to be done to let local people know about changes to pedestrian crossings in the district, a report from Leeds City Council has admitted.

It follows councillors and campaigners suggesting the authority’s methods for reviewing road crossings in the district could compromise road safety.

The annual review into pedestrian crossings was published in June last year, and suggested spending around £300,000 on new crossings or alterations to existing crossings in 14 areas around Leeds.

But, in a letter to the authority, Horsforth councillor Dawn Collins asked why Low Lane, which has a history of safety problems, was left out of the review – and called for the council to make more of an effort to involve local people in decision-making. It read:

“In terms of transparency and consultation, the proposals were developed by officers and presented to an officer-only body for approval, the Highways Board. Ward members were not consulted and so had no opportunity to comment or provide challenge, or present the concerns of local residents.

“I am concerned that the current process for bringing schemes forward for pedestrian improvements does not sufficiently involve ward members.

“The issues outlined above are not specific to Horsforth, but rather reflect a systemic issue with how these proposals are developed. As a result there is a very real possibility that a number of roads across the city are not receiving the attention they need, which raises significant problems for road safety.”

A report from Leeds council officers, set to go before members of the authority’s infrastructure scrutiny board on Wednesday, stated:

“It is recognised that engagement was not perfect especially in terms of the notifications around reporting, notwithstanding that otherwise as is recognised officers did engage with members to achieve a solution.

“The normal practice would be to advise ward members of the intention to submit the report and the proposed recommendations in relation to any sites of specific interest to them. Subsequent to the formal decision relevant local members should be advised accordingly and given any further information regarding the details and next steps that may be available.”

The report concluded: “The importance of effective communications with elected members through the annual review process is recognised and the preparation of this report has shown that whilst processes are in place these could be strengthened for the future and have been identified in the report.”