Armley charity shop closes – but hopes to re-open next year 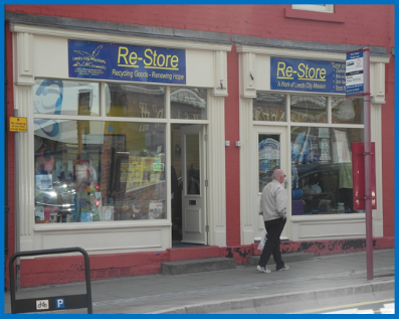 The Re-Store Charity Shop in Armley Town Street has shut down – but may return early next year.

For the past five years the popular shop has supplied a wide range of goods at bargain prices to people in West Leeds.

At the same time it has raised vital funds for projects run by Leeds City Mission.  It has also made grants of clothing to refugees and other needy groups and provided essential work experience for volunteer staff, many of whom are seeking to re-enter mainstream employment.

The current shop lease expired this month and renewal costs were prohibitive.

Development Worker Andy Dalton said Leeds City Mission was transferring the Re-Store Charity Shop to temporary premises in Morley.  However it hopes to return to Armley Town Street in early 2019 when negotiations on another property are completed. Mr Dalton said:

“Re-Store Charity Shop has been valued by many people in Armley.  We would like to assure everyone that we hope to return to the Town Street area in 2019 with a renewed presence which will serve local people.”